Fuel Price Hike in the UAE

In July 2015, the UAE announced that, effective from August 1, 2015, it was moving from a system of fixed and subsidized fuel prices to a system of adjusting prices monthly, in line with global price trends . Though the exact details of the pricing formula were not released, it was made clear that the prices would be based on the average global prices, along with the addition of operating costs. In effect, the price of petrol would register an increase of nearly 25% . The fuel price deregulation moves the prices of fuels in the UAE closer to international peers, as the following graph illustrates. 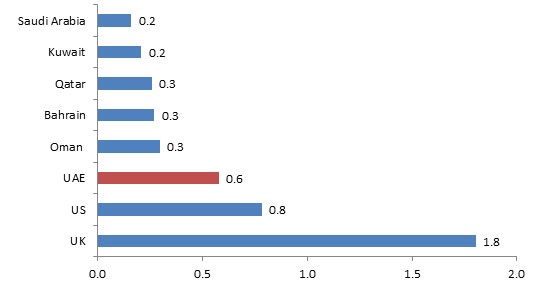 In the UAE, energy subsidies are equivalent to 5.6% of GDP, according to the International Energy Agency (IMF). According to the IMF, petroleum subsidies in the UAE amount to about $7 billion (per year) and are part of a package of energy subsidies that total close to $30 billion . The fuel subsidies cut in the UAE speaks to a larger pattern in several parts of the world, wherein energy producing countries like Angola, Indonesia, Egypt, Gabon, etc., have recently slashed domestic fuel subsidies as the national budgets come under pressure due to lower oil prices . Reports indicate that fuel subsidies cut in the Egypt, in mid-2014, led to the price of fuel at the pump increasing by about 80% .

There are benefits for the UAE on the macroeconomic level. Reducing fuel subsidies is likely to benefit the budget directly, thereby supporting efforts to offset declines in oil revenues. According to the IMF, the GCC spends 3.4% of its GDP on fuel subsides, which contrasts heavily with those of the advanced economies that spend less than 0.1% . Though there can be no direct meaningful comparison between the fuel subsidization rates of traditional oil majors and the advanced economies, it is, nevertheless, useful to be closer to the international mainstream patterns in terms of spending on subsidies. That would likely increase the interest of foreign investors, who can chalk it up as efforts against combatting extravagant spending.

Moreover, a move towards a flexible pricing system is likely to increase uptake of fuel-efficient automobiles, thereby benefiting the environment and reducing pollution levels. It is notable that the transport sector is responsible for close to a quarter of the total greenhouse emissions in the UAE . In 2013, the latest year for which definitive data is available, the UAE’s carbon dioxide footprint amounted to a staggering 44.6 million tons. Thus, investments in public transport and related infrastructure could also see a boost, as a result of deregulation. Also, economic diversification efforts can receive further resources, such as the recently announced authority to “[…] lead the development of creative industries in Dubai to support the Dubai Strategy for Innovation” (The Dubai Creative Clusters Authority). 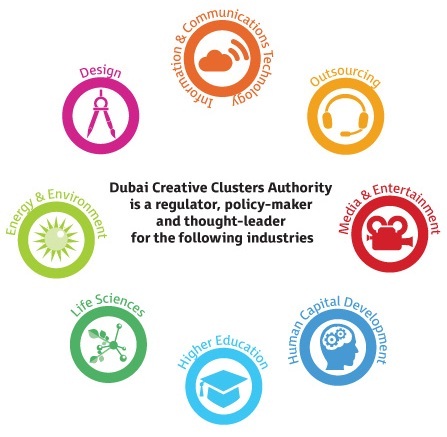 The DCCA follows the attempts of the UAE to make the country a global innovation hub, as per which the new authority replaced the Dubai Technology and Media Free Zone Authority in June 2015 . Savings got from restriction of fuel subsidies can be used to develop authorities like the DCCA. The DCCA has the ambition of making Dubai the eminent choice for creative and innovative businesses, and aims to gear up the capacities and infrastructure for innovation quickly so that the Dubai Expo 2020 can be used to showcase the city’s ability to support cutting-edge innovation enterprises.

For the UAE, the fuel price deregulation is part of a broader package of strategic reorientation of the economy. In July 2015, the UAE Minister of Energy, Mr. Suhail Al Mazroui, had remarked that the “[…] resolution is in line with the strategic vision of the UAE government in diversifying sources of income, strengthening the economy and increasing its competitiveness in addition to building a strong economy that is not dependent on government subsidies,” Notably, the idea is to bring the UAE on par with countries that follow more disciplined economic methodologies that limits excessive government spending and encourages private sector enterprise. Thereby, it is hoped that the UAE will be able to further its competitive position across several international indices, like the World Bank Doing Business reports, which would increase the ability to attract more foreign investments.

A fuel price committee has been set up to review fuel prices for benchmarking against average international levels, before announcing them for the following month. The exact details of the pricing formula are not available. In the eyes of the international investor community, market-based pricing mechanisms would indicate a commitment towards a free-market economy with little direct interference from the bureaucracy. This is likely to strengthen the capacities for building a sustainable economy that is supported on open market standards. The deregulation move is likely to further strengthen the status of UAE as an “[…] attractive destination for foreign investments, complementing its advanced legislative economic environment, state of the art infrastructure, ease of conducting business, free movement of capital, and other competitive features that set the country’s economy apart from others.”

Table: Fuel Price Deregulation in the UAE: Petrol and Diesel Prices Revision (as announced on July 28, 2015)