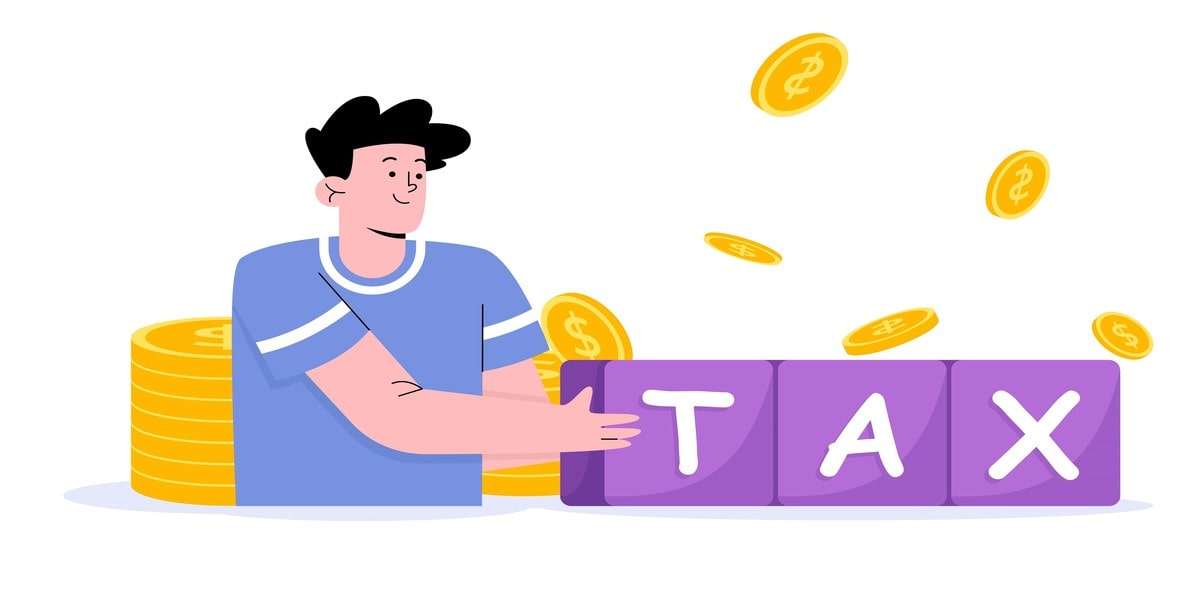 Moving away from oil dependence has been viewed as a crucial step to ensure sustainable growth in UAE and broader GCC, with taxation being a key means to increase the share of non-oil revenue. UAE has already taken that step in 2018 when it introduced 5% Value-added tax. Now it has taken a step further in this direction through introduction of 9% corporate tax at federal level from June 01, 2023.

Decline in oil prices since mid-2014, followed by the impact of COVID-19 on oil prices in 2020 have emphasized the importance of diversifying revenue sources for GCC governments. For instance, while UAE’s fiscal balance has averaged at 5.6% of GDP over 2000-2017, it had plummeted to -5.6% of GDP in 2020 and is estimated to be a deficit in 2021 and 2022 (IMF REO October 2021, General Government Fiscal Balance). In this context, improving non-oil revenue is of paramount importance to UAE as it can provide some stability to its fiscal framework. As per our initial calculations, revenue generated from the proposed 9% corporate tax could amount to about $13 billion amounting to 14-15% of the total non-oil revenue of the government. 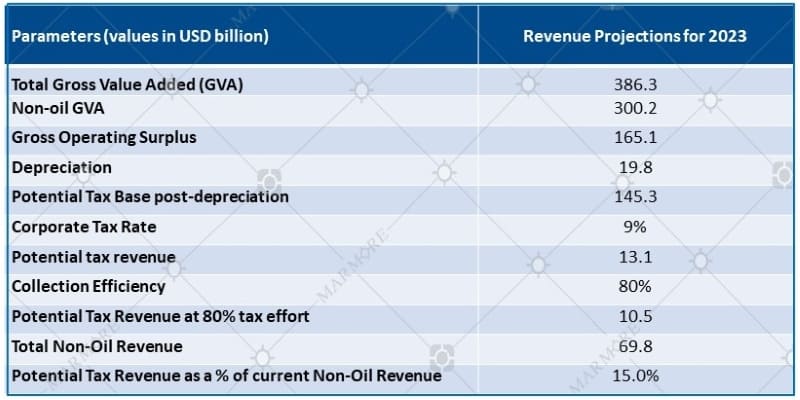 Source: IMF, Marmore Research; Note: Operating surplus is assumed at 55% and fixed capital consumption (proxy for depreciation) is considered at 12%

As four of the six GCC countries already levy corporate taxes, the move would not have a negative impact on attractiveness of UAE as business destination. The proposed tax rate also remains competitive compared to the low-tax hubs such as Montenegro (9%) and Ireland (12.5%). 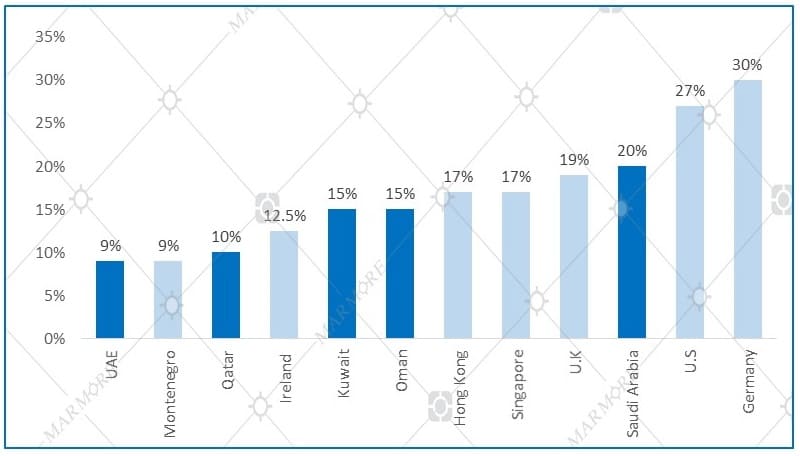 The tax would be applicable for companies with profits greater than AED 375,000 ($102,000). While the exemption of free zones that comply with all regulations and do not conduct business with mainland UAE companies from the corporate tax might impact tax revenue, it could help in maintaining the free zones’ attractiveness for businesses. However, companies in free zone reportedly pay indirect taxes like annual licence fee. Streamlining such expenses to bring taxation on all corporate entities under a single umbrella, increasing the level of profit exemption accompanied by increase in tax rate are some of the next steps that could be considered to benefit SMEs and to further improve the country’s tax regime. In the backdrop of OECD’s initiative to levy a global minimum tax rate, a different tax rate would be applicable for multinationals that meet criteria set with reference to “Pillar Two” of the OECD Base Erosion and Profit Shifting project.

Following the country’s implementation of 5% VAT in 2018, the current move to implement corporate tax would have a positive impact on UAE’s fiscal position by better insulating it from volatility of oil prices.