The importance of Circuit Breakers in curbing volatility 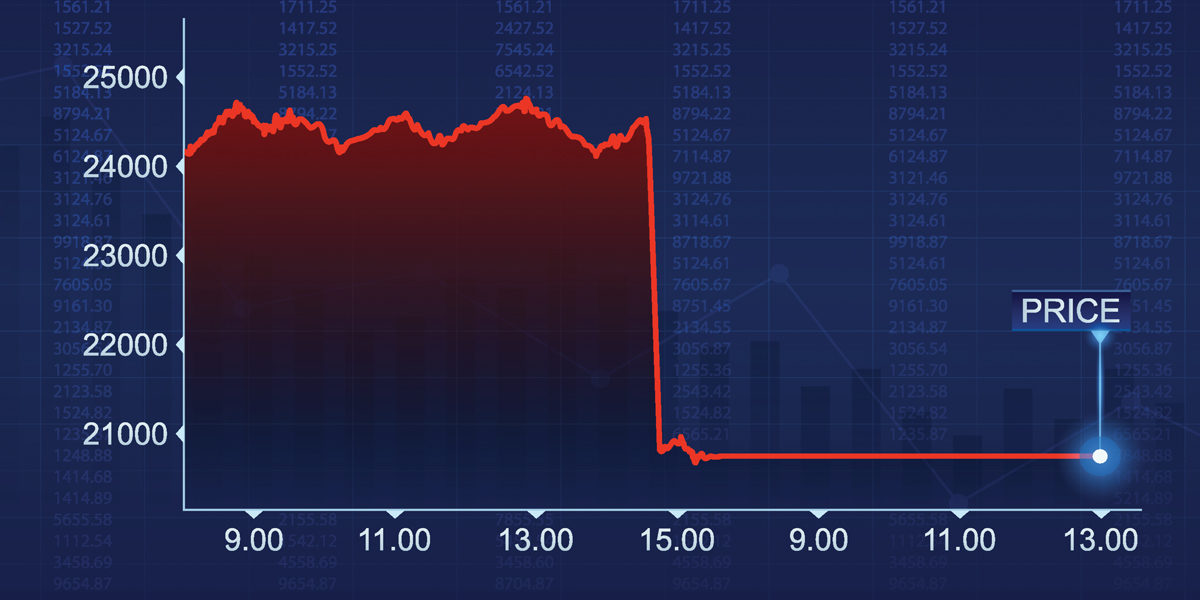 Stock markets around the world and the GCC have responded to the COVID-19 pandemic with massive volatility, as traders have been panic selling out of fear driving the indices down. The Boursa Kuwait All Share Index (BKAT) saw huge falls on March 8 and March 9 when the BKAT fell 9.1% and 9.4% respectively due to the oil price crash and coronavirus fears. Due to this, Boursa Kuwait has announced that from March 15, the security circuit breaker would be modified by reducing the lower limit from 10 percent to 5 percent while maintaining the upper limit at 10 percent. If the Kuwaiti indices fall by 5% (previously 10%), trading would be halted for 15 minutes after which trading would resume. Boursa Kuwait had introduced the original circuit breaker limits in 2018 as a part of wider reforms to the Kuwaiti capital markets. Elsewhere in the GCC, the Abu Dhabi and Dubai Stock exchanges also reduced the circuit breaker lower limit to 5%. The table below lists the circuit breaker limits currently in place in the GCC stock exchanges.

Black Monday of 1987 leads to the birth of circuit breakers

Now, ‘Circuit breakers’ or ‘Trading Curbs’ have been used by stock exchanges around the world since ‘Black Monday’ on October 1987 when the Dow Jones Industrial Average crashed by 23% in a single trading session causing huge losses to investors. In this case, the selling was accelerated due to technical reasons related to the markets like lack of uniform margin trading rules. The circuit breaker tries to prevent this situation. By halting trading for a designated time after a huge fall, traders would get more time to wait for new information, both technical and fundamental, and reconsider their trades when trading resumes. This would prevent the kind of massive falls like that of Black Monday and have since been adopted by almost every stock exchange in the world.

While the circuit breaker equally applies when the market rises too fast, it is clear that it primarily exists to prevent huge falls. And there has been criticism from some market participants that circuit breakers were created for political reasons rather than practical. They say that market sell offs leading to losses are covered widely in the media while stock market rises driven by speculation are rarely seen as a concern. This creates an environment of loss aversion and the desire is to prevent losses as much as possible. These market players argue that halting trading through circuit breakers is mainly to stop short sellers, who seek to profit when the market goes down. Short selling is generally looked down upon by investors and politicians alike because they are seen as trying to profit from a bad situation. Also, in some cases like in Saudi Arabia stock market crash of 2006, circuit breaker limits failed to reduce the volatility as the reduced limits of 5% forced traders to enter large sell orders as the limit was approaching. Once the trading resumed, the selling continued unabated as the market continued to crash. Despite this instance, the view from most is that circuit breakers are necessary to curb volatility and protect investors. Also, most GCC stock exchanges have introduced reforms to the stock markets and they are much more regulated and efficient than the Saudi Stock market in 2006.

Calls for shutting down markets entirely are misguided

Increasingly, there have been calls by some in the financial and political world that stock markets should be closed for weeks, perhaps months till the coronavirus situation stabilizes. While a short pause in trading triggered by circuit breakers are useful, a total shutdown of the markets in the GCC can cause real harm. Closing financial markets increase the risk of a total meltdown once they reopen and the coronavirus concerns persist even during the closure. By staying open and continuing trading, financial markets can send signals to the governments about the efficacy of fiscal and monetary stimulus policies. For example, global markets fell when a stimulus bill was not passed initially in the US Senate. When a package was finally passed, markets the world over rallied and the signal from the markets would likely have hastened the deal. Similarly the GCC governments and central banks have announced fiscal and monetary stimulus measures since March 9 when the GCC markets fell massively. These announcements have arrested the fall and small gains have been made in GCC stock markets too as the month draws to a close. To conclude, while modification to circuit breakers are a good step, the continued functioning of the stock exchanges is necessary for the long term benefit of GCC investors, governments and other stake holders.