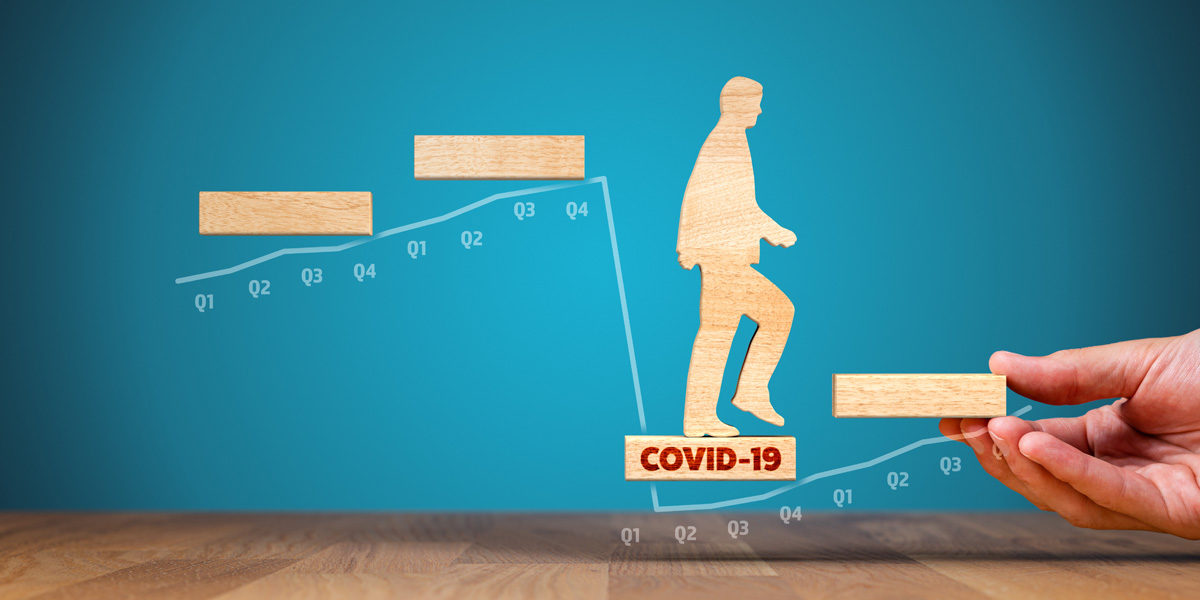 The COVID-19 led health and economic crisis has pushed many governments around the world to respond with a wide armor of fiscal and monetary actions that far exceed the measures taken in the past when the Global Financial Crisis happened in 2009. The measures were announced in a quick and concerted manner across the developed countries, emerging countries, and less developed countries. GCC countries also acted with alacrity in providing stimulus measures: 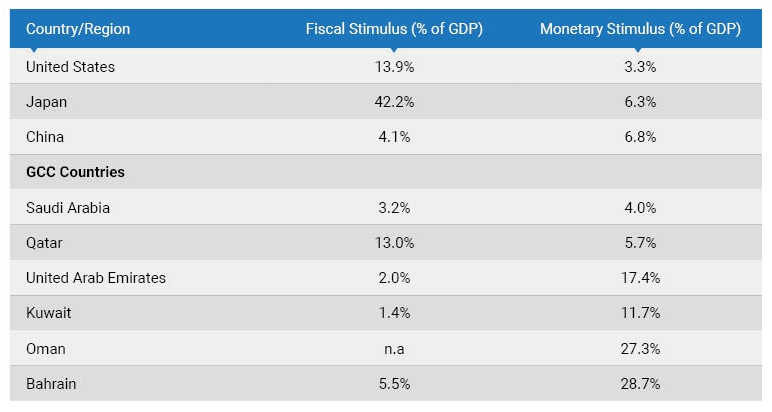 GCC countries mainly provided monetary stimulus restrained by budgetary deficits
The GCC countries are impacted internally by economic lockdown to counter COVID-19 as well as by the external impact from COVID-19 influence global economies that led to sharp fall in oil Prices. Consequently, the GCC economies are expected to face large budgetary deficits in 2020. However, this may not be new to GCC countries, which faced a similar crisis though of somewhat lesser proportion in 2009 and 2016 when oil prices plummeted. To stave off a hit to their non-oil sectors to the extent manageable they announced a string of measures in the form of fiscal stimulus, monetary stimulus, cash supports, and regulatory measures targeted at the non-oil sectors.

Bulk of GCC countries stimulus is through monetary measures
The GCC countries have provided large monetary stimulus packages in the form of Central Bank interest rate cuts by almost all the countries and liquidity support to its banks in the form of reduction in liquidity ratios, capital adequacy ratios and risk weights for some category of assets like MSMEs and higher lending ratios to their important non-oil sectors like real estate.

Other stimulus measures provided by GCC countries
Saudi Arabia provided other measures like wage benefits to companies, utility subsidies, and suspension of some government taxes and fees. UAE also announced electrical and water subsidies, among others. Kuwait set up a USD 31 million fund to combat COVID-19. Qatar is providing exemption of rent payments and utility payments and salaries to quarantined migrant labor. Oman has waived port and airfreight charges and rent payments in industrial zones. Bahrain waived electricity and water bills for Bahraini individuals and companies, social benefits to low income Bahraini families and payments to unemployed Bahrainis in the private sector.