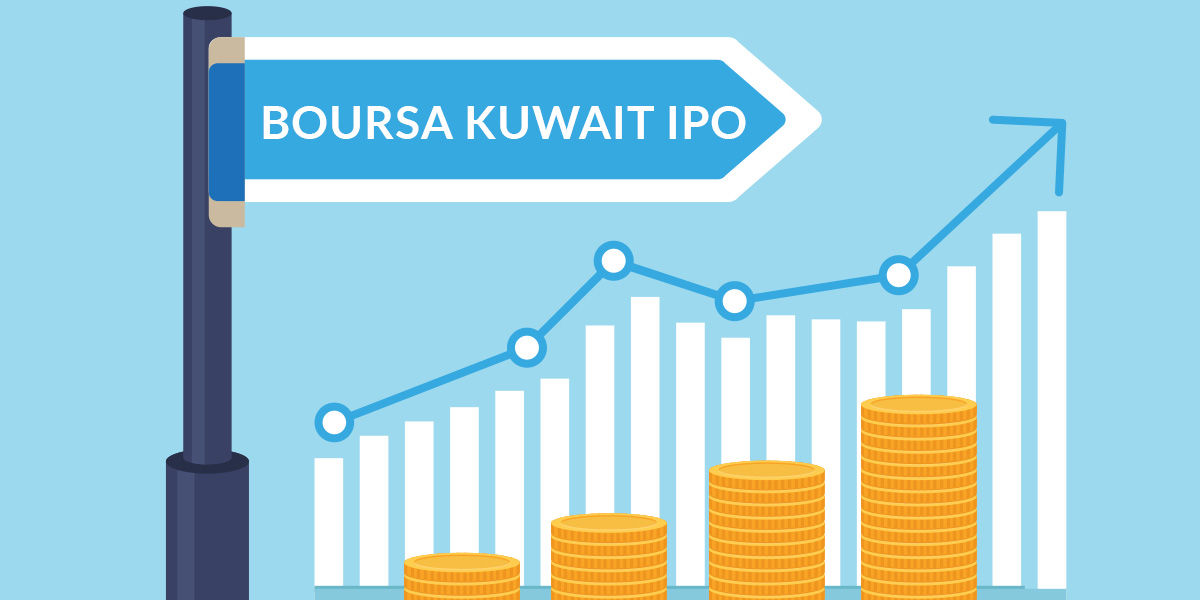 Boursa Kuwait Securities Company has surged more than 10 times since it debuted on the Kuwait Premier Market index on September 14th when it became only the third stock exchange in the MENA region to be listed after the Dubai Financial Market and Tel Aviv Stock Exchange. Share prices rose as high as 1,210 fils and closed the day at 1,055 fils after being priced at 100 fils during the IPO last year.

As part of the IPO, 50% of the company’s shares were sold to Kuwaiti nationals. This followed the 44% stake sale to a consortium of domestic and international investors in February 2019. The remaining 6% will be owned by the Public Institution for Social Security. The successful listing will provide a boost to the privatization drive of the Kuwait Government as it looks to increase non-oil revenues. The significant gains accrued by private Kuwaiti investors in the listing will help generate more interest in subsequent privatization of other Kuwaiti state-owned enterprises. The listing of Boursa Kuwait follows the listing of the Kuwaiti utility ‘Shamal Az-Zour Al-Oula Power and Water Company’ (Aznoula) in the premier market in August which became the first private-public partnership project to be listed in Kuwait.

These listings are a part of a wider divestment programme by the government that will see 40 state assets privatized over the next 20-30 years. In 2016, the government had announced that 60% of public sector companies would be privatized, with the private sector allowed to acquire shares of up to USD 9billion in those companies.

However, past privatization plans have often stalled in Kuwait such as the unsuccessful sale of Kuwait Airways in 2013. One of the reasons for the failure was the high cost of existing employment arrangements as Kuwaiti parliamentarians sought to protect jobs in the future privatized entities.

This is likely to be an issue in subsequent privatizations as the new management would want to streamline costs including employee expenses. Boursa Kuwait stock likely benefited due to it being a more tech-oriented company without significant labor costs. Other Kuwaiti state owned enterprises with high employee costs may not see the same traction with investors. So the successful listing of Boursa Kuwait may be too soon to judge the success of the privatization drive, though this is undoubtedly a good start.