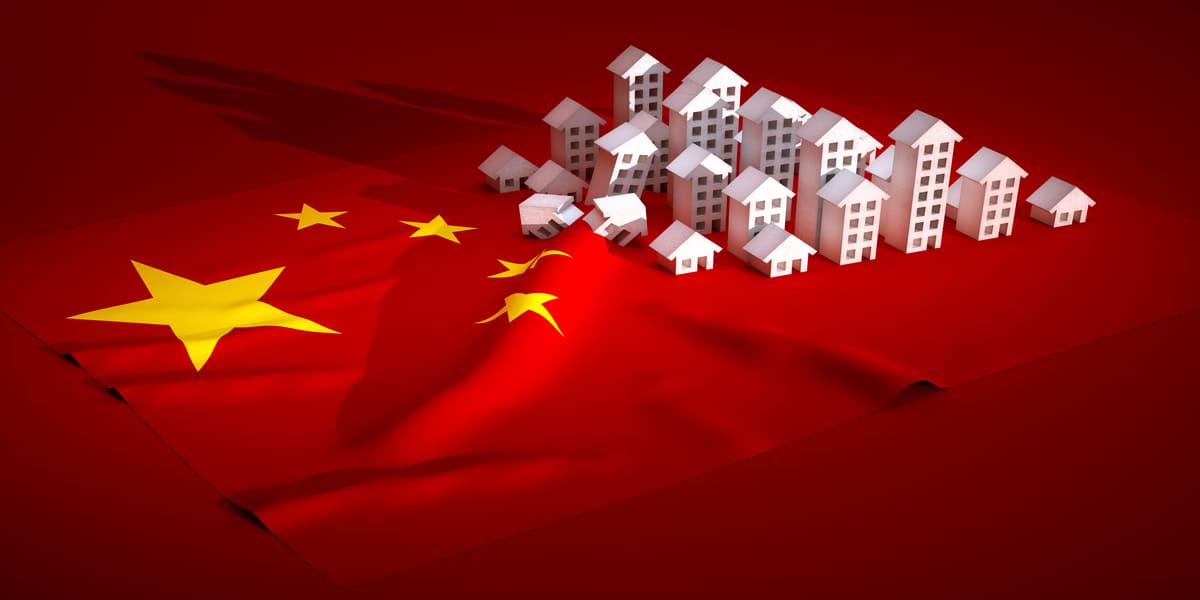 From a bird’s eye view, the Evergrande debt crisis of 2021 and the Dubai world real estate crisis of 2010 would seem very close. In both the debacles, the supply outstripped the demand and leverage, being the double-edged sword, hampered the company finances with timely contractual obligations due in a period marked with high volatility and liquidity crunch. Evergrande group has debt worth USD 88.8 billion in 2021 relative to Dubai World’s debt of roughly USD 59 billion in 2010.

Although when the two situations are looked at from an eagles’ eye, there are key differences that could decide how the crises unfold differently.

The last two decades have seen China become the global manufacturing hub, with an exponential growth in new real estate projects being set up around the country. This exponential growth in China was fueled with leverage, now although the amount of debt in the country is comparable to the American and the European counterparts, it is the growth of leverage in the past decade that concerned the Chinese government last year. The debt to GDP ratio for China has grown more than 110 points, compared to 20-45 points in the US and UK since 2007.

China in order to curb this growth in leverage came up with the “Three Red Lines” framework for real estate developers, according to which the developer’s financial ratios namely - liabilities to assets ratio, net debt-to-equity ratio and cash-to-short-term-debt ratio, will determine the growth in debt levels for the developer. Even if a developer meets all the ratio thresholds set by the government, the growth in debt levels is capped at 15%, and for those who do not meet any of the thresholds, will not be able to increase their debt above their June 2019 levels. Evergrande Group, unfortunately for its various stakeholders, falls in the latter category.

The rationale for the Chinese Government to target the real estate developers is two-fold, it is not just to curtail the huge leverage inherent in the industry but also to control the real estate sector from over-heating. In July 2020, property sales volumes were up 9.5% year on year with a 7.2% rise in the housing price index in the prior month, touching an 11-month high. The premiums in land auctions were also high at 15%-20%, comparable to the 2019 levels.

This brings a key difference in the two crises, the 2021 Evergrande crisis originates from the Government taking steps to avoid a bubble to the Dubai world real estate crisis where the Dubai World is on the receiving end of a bubble that bust.

In the year 2000, Dubai decided to diversify its economy from an oil-reliant state to a tourism hub that we know today. Real estate became one of the biggest contributors to the Dubai economy at 22.6% of GDP with the construction of the tallest skyscraper and elaborate real estate projects. During 2004 to 2006, Dubai benefitted massively from the real estate boom. Dubai World was established in 2006, as an investment company with assets spread around the globe from stakes in Las Vegas casino company MGM Mirage to London-traded bank Standard Chartered Plc and luxury retailer Barneys New York. The same leverage that assisted Dubai to ride the real estate boom, became a major concern during the U.S financial crisis of 2008 with property values declining more than 50% in value from its peak in early 2000s. But, in contrast to Evergrande Group whose projects and properties are spread across China, Dubai Government had invested not only in the local real estate market but had a big stake in real estate markets in United states through a foreign investment arm of Emaar. When the real estate market in U.S bust, its impact was felt by nations around the world, but the correlation for Dubai was relatively greater due to risk exposure to both the sector and the country where the recession erupted.

Upon understanding the differences between pre and post bubble crisis and their differences in risk exposures, the last pillar of difference originates in the mitigation of the crises. The mitigation in any crisis falls down to the ownership structure of the company in consideration. Dubai World is owned 100% by the Government, whereas Evergrande Group is a listed company with its founder and chairman, Ka Yan Hui, holding more than 70% of the company. In the case of Dubai World, Abu Dhabi and Central Bank of UAE bailed out the state-run entity with a 10-billion-dollar payout taking care of both the short-term debt obligations and amount owed to trade creditors and contractors. Upon seeing the Government bailout, the other stakeholders including investors and creditors gained confidence and the company was able to restructure the remaining debt on its books.

The risk premium relative to a government owned entity is almost always higher, and the Evergrande Group underscores that increased risk premium. Evergrande’s cash crunch coupled with no support from the Government, is having the developer in a situation where it is paying bills to contractors and suppliers with unfinished apartments instead of actual money. With long term real estate projects in pipeline, Evergrande presold more than 1.4 million apartments valued at USD 200 billion. Some market participants believe that this is unlikely to cause a systemic risk, since Evergrande’s outstanding debt relative to banking assets in the country is still low but is heavily dependent on Government planned intervention. Other market participants believe that Beijing will let Evergrande fail and inflict losses on its shareholders and bondholders but will find a way to protect the population at large who have paid for the unfinished apartments.