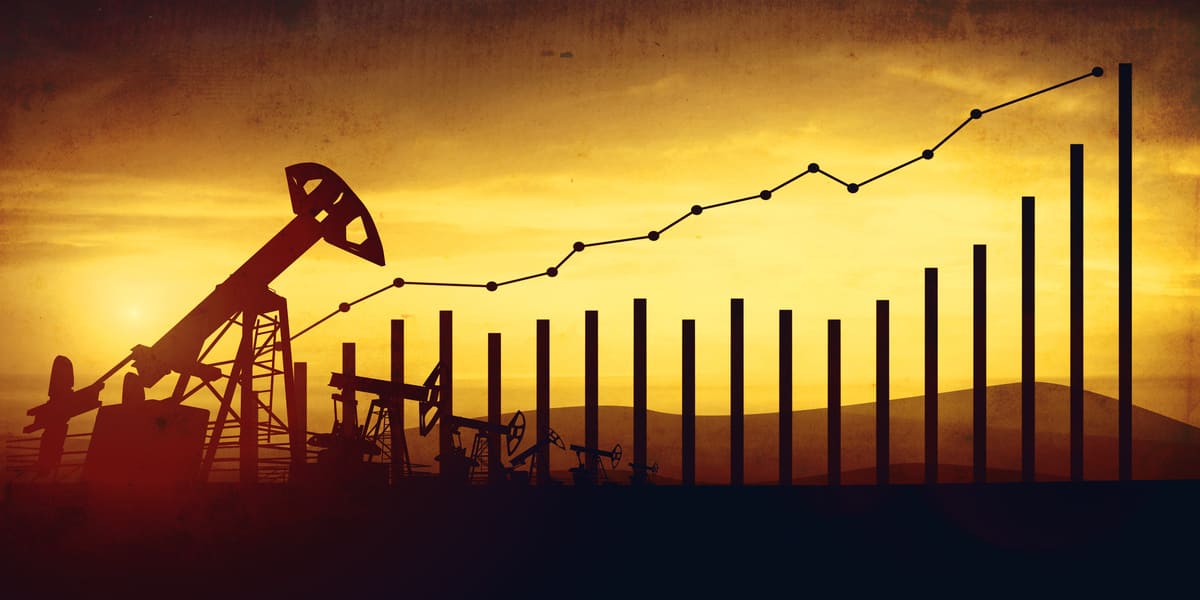 1. What is Break even oil price? What does an increasing or decreasing BEOP mean?

Fiscal breakeven oil price (BEP) can be defined simply as the “oil price that balances an oil_exporting country’s budget. Ever since the fall of Brent crude prices in mid – 2014, the GCC countries have envisioned various plans to reduce their dependence on oil revenues. The COVID-19 pandemic sent oil prices tumbling owing to a global lockdown and travel restrictions in place since March 2020. The pandemic has exposed GCC nations’ financial weakness and high exposure to volatility in oil prices. 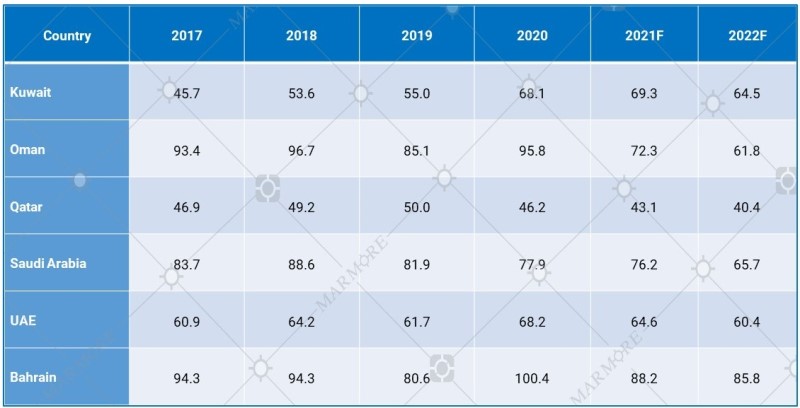 According to Economist Intelligence Unit, Brent crude oil prices are expected to be USD 66 per barrel (pb) in 2021. Thereafter, from 2023 oil prices are expected to slide down owing to the fact that OPEC+ will not be able to hold production cuts for a longer horizon while demand is expected to remain muted globally. At this level, only Qatar and UAE will have comfortable budgets, while all other GCC countries will have to incur deep fiscal deficits. Debt burden of the GCC nations could surmount as a result, if economic diversification program does not succeed. Oil continues to contribute for more than 50% of the total revenue for GCC nations.

2. How can GCC countries manage an increasing BEOP?

In order to reduce the over reliance on oil revenues, it is important for the GCC governments to diversify the economy. Typical to most GCC economic models, the government dominates the oil and financial sectors in the country. The oil revenue in the past has helped GCC governments to create large sovereign wealth funds. However, this economic model appears to be unsustainable in the medium to long term into the future. Hence, the UAE, Saudi Arabia, Kuwait and Qatar have chalked out their individual economic diversification programs. The UAE is considered to be one of frontrunners in achieving some of its targets – Dubai is one of the most diversified economy within the GCC. Financial services, tourism, IT and ITeS and technology are some sectors that are gaining traction in the UAE. For instance, UAE runs pilot projects on blockchain. While this is positive, other economies have struggled to reap tangible benefits in terms of economic diversification. This is also evident from the fact that most GCC countries rank poorly in terms of Ease of Doing Business that deters both domestic and foreign private investors from investing in GCC.

In terms of taxation, GCC countries only have 5% value added tax (VAT). It is unlikely for the GCC to impose new taxes such as income tax or increase corporate taxes as it will further dampen the position of the nation in terms of attractiveness to foreign investors. Hence, direct revenue diversification appears to be difficult.

3. Which GCC countries are comfortably positioned and which ones are vulnerable?

While GCC states have made considerable progress in the last few years, barring UAE and Bahrain other countries still perform poorly. Implementing some progressive economic reforms such as large-scale privatization, reduction of government jobs to nationals and reducing benefits offered to citizens have faced resistance. This implies that progress in terms of improving the ‘Ease of Doing Business’ in the GCC states would be slow.

4. Is the recent oil rally expected to cushion borrowing requirements of GCC countries?

Oil prices have rebounded and are now hovering around the pre-COVID peak levels. This is bound to improve realisations for the GCC countries resulting in lower borrowing requirements to meet budgeted expenditures. According to Moody’s higher oil prices will reduce the immediate government borrowing and external financing needs of GCC sovereigns, most significantly for Kuwait, Oman and Qatar. In another study from Goldman Sachs, the aggregate GCC net borrowing requirement over the next three years could fall from just over $270 billion with crude at $45 per barrel to under $10bn at $65 per barrel – all else remaining equal.

5. How this metric can be used for stock market analysis?

With oil being the primary driver of financial well-being of GCC countries, S&P GCC Composite index has mimicked the movement in oil prices since 2014, indicating a correlation of 0.78 between oil prices and the GCC stock markets. In summary, the oil prices movement could be used to predict the direction of the stock market performance. 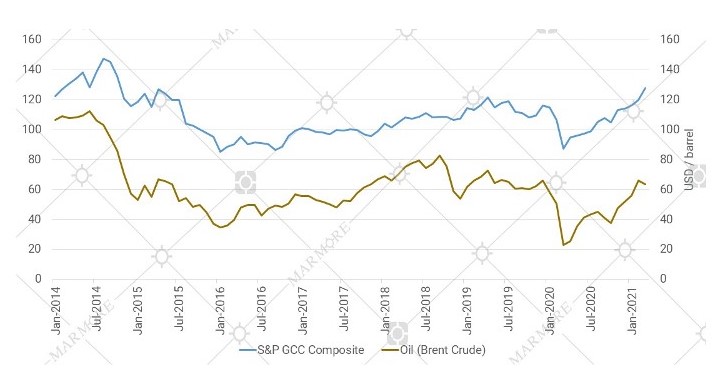