FIFA World Cup – The much-awaited event in GCC for 2022 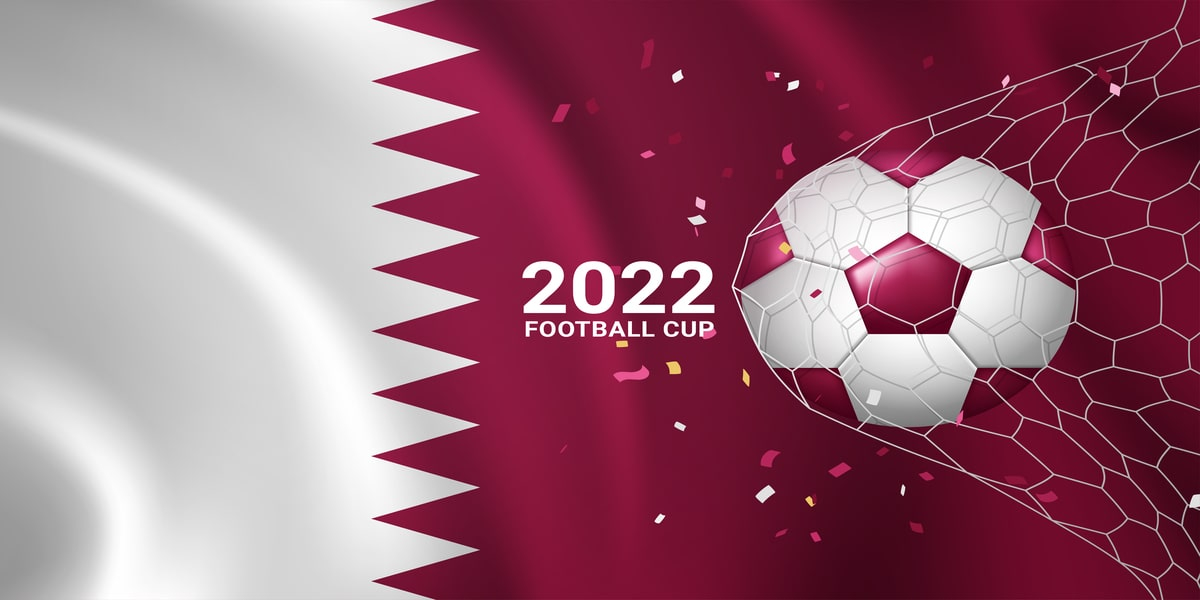 Qatar has been in limelight for nearly a decade after being awarded the opportunity to host one of the biggest sporting events, being watched by millions of spectators. Qatar has been taking huge efforts to prove that the wealthy Arab country can host the event successfully and the event has remained a source of optimism for the decision makers amid economic tensions and downturns. On 2 December 2010, Qatar won the bid to host the FIFA World Cup 2022 against 5 countries including the U.S and became the first ever Arab country to have the privilege of anchoring such a prestigious and lavish sporting event. The event scheduled from November 21 – December 18, 2022 is anticipated to attract 1.2 million visitors (Bloomberg).

Football ecosystem in Qatar
This bid has brought the World Cup to a region where football is already popular and emerging as a global sport. Qatar’s strong footing in the world of football dates to 1973 when the Qatar Football Association joined FIFA. Qatar Stars League, the national football league in Qatar is active for almost 5 decades comprising of 12 teams. In 2019, Qatar won the AFC Asian Cup for the first time in the history. By leveraging the experience and expertise from this event, Qatar aims towards establishing itself as a global destination for sporting events. Starting from 2010 Qatar has hosted numerous international competitions in tennis, golf, squash, cycling and a host of other sports. In 2013, Jasoor Institute was established in Qatar to impart the requisite skills and knowledge for hosting such mega-events. In 2011, Qatar Sports Investment bought 70% of stake in the professional football club in Paris - PSG (Paris-Saint-Germain), marking a major event in Qatar’s history of football. Later, QSI gained full ownership of the football club and invested heavily into it to make it one of the biggest football clubs in the world, attracting star players such as Lionel Messi, Neymar and Kylian Mbappe. Qatar also signed David Beckham to promote Qatar as an attractive tourist destination before the FIFA World Cup 2022.

Why host a World Cup?
There is no doubt that such mega sporting events are a part of big business as hosting countries anticipate to reap numerous economic benefits and lift the economy in a number of ways. These sporting events give a major boost to the infrastructure of the country since the construction of stadiums is followed by the development of transportation, hospitality and new business areas resulting in a spike in employment opportunities in the country. Developed host countries ensue maximum advantages as they already possess a significant level of infrastructure necessary for hosting such events. The wide media coverage for the events gives escalation to the international perception of the host country, having a direct and positive impact on tourism and investment. With luxurious facilities, exotic beachside locations, prestigious hotels and Arabian cultural heritage, Qatar has ambitious plans to establish as a leading tourist destination in the Gulf surpassing Dubai. A range of new infrastructure projects are being considered for solidifying the tourism appeal of Qatar.

Is Qatar ready to host FIFA?
Ahead of the FIFA World Cup 2022, Qatar has invested around $200 billion on infrastructure (NBC New York times) and almost restructuring its national infrastructural framework. The huge outlay is in line with the government’s expectations to achieve long-term economic growth from the investment. To begin with, Qatar is anticipated to benefit from new employment opportunities created by the tournament. The infrastructure projects undertaken are expected to spur a range of sectors such as real estate, hospitality and tourism. Most notable benefit is that the event is observed to attract huge influx of foreign direct investment diversifying the economy from oil and natural gas and strengthening its non-energy sectors. On the business front, the FIFA World cup will enable domestic enterprise to form strategic alliances with the global companies.

Though Qatar’s infrastructure base was not conducive to hosting the World Cup at the time of winning the bid, it has made strides in developing the same. Qatar government’s main focus in 2019 was to complete construction of stadiums in Lusail, Al Rayyan, Al Wakrah and Al Khor in addition to other sports and facility projects. In order to improve accessibility to the country, the Hamad International airport project, an extension of the Doha International airport by additional 400,000 square meters was undertaken for US $15.5 billion (Lexology). To improve transportation and reduce traffic congestion, the Doha Expressway System project was implemented linking key cities and towns in Qatar with national freeways and urban aerial routes. Out of 26 transport projects, 12 are completed on time for the FIFA tournament. Hospitality is another key aspect looked into by the government as the arrangements are still in-progress. With the estimated 70,000 rooms required to accommodate the visitors, cruise ships and tented cabins are also being provided in addition to the luxury hotel rooms (Oxford Business group). Notably Qatar has increased the number of public private partnership for the implementation of these infrastructure projects. Despite facing economic contraction due to the COVID-19 pandemic, Qatar recovered from the hardships due to the implementation of strong economic policy response to the economic downturns. One of the key trends noticed in Qatar’s economic policy during the crisis was continued investment in hospitality and residential projects for the FIFA World Cup 2022.

Overview: South Africa World Cup 2010 & Brazil World Cup 2014
In history, FIFA World Cup has always been hosted by developing countries. Considering its economic condition, South Africa anticipated to increase the flow of foreign direct investment and tourism from hosting FIFA World Cup in 2010. In reality, costs over ran by 10 times more than the original estimates and realized only half the revenue estimated. Moreover, the tournament attracted only 3, 73,000 visitors almost 23% low as compared to the expected levels, (Grant Thornton) though the inflow of FDI outpaced the other African countries.
The 20th FIFA World Cup was held in Brazil during 2014 and it was the second time for the country to host this mega sporting event. From the data below, it is evident that Brazil did little benefit from the World cup. Real GDP growth experienced low and even negative values after the tournament. Unemployment rate was slightly low during the tournament than the previous year levels.

In contrast to the previous host countries, an additional challenge to Qatar is that it will be the first World Cup played in the months of November-December breaking the original schedule of June- July owing to the high temperatures in these months in Middle East. This has resulted in a clash with the NFL, NBA, NHL and college football league match schedules of the U.S.

Where is Qatar heading?
Post tournament, Qatar has decided to remove the upper tiers of the constructed stadiums and donate it to countries in need of sporting infrastructure. The Lusail stadium, built by Qatar in accordance to the FIFA standard requirements will be converted into a community space consisting of schools, cafes and health clinics.

With the construction of new hotels and beach resorts and investment in cultural facilities to showcase Qatar’s heritage, the country desires to attract 6 million visitors per year by 2030 as the country is all set to host the Asian Games that year. In addition, it hosts the Qatar Masters Golf and Qatar Open Tennis tournaments. Visa-free entry was granted to nationals from 88 countries, making Qatar one of the most open countries. Qatar tourism has partnered with public and private sector to launch large-scale projects to make it an attractive holiday destination.

The developments made in the hospitality sector in pursuit of FIFA World Cup 2022 are in line with the country’s aim to prioritize tourism in the future. The hotels constructed to accommodate the World Cup visitors enhance Qatar’s offerings in wellness and nature by stressing on long-term sustainability through installation of solar panels, utilisation of Doha’s recycled water and waste management practices, according to Qatar Green Building Council (QGBC). Although, the hotel occupancy rates will initially fall after the World Cup, the country aims to maintain constant occupancy levels by promoting tourism in the coming years.

The boost to real estate and construction sector is expected to grow at a faster pace even after the World Cup as Qatar aims at a long-term transformation supported by huge government spending. Following the FIFA World Cup, the Qatari government has several projects lined up to improve its transportation system. The expansion programme of the Hamad International Airport will deliver a new cargo terminal to support the coherent delivery of cargo imports to the country. Considering the proposed infrastructure developments, Qatar’s construction market is expected to be valued at $76.98 billion by 2026, setting its average annual growth at 10.54% for the period from 2021-2026 (We build value – Digital magazine).

The World Cup is an integral part of the Qatar Vision 2030 and a milestone in the country’s march towards attaining its economic goals.