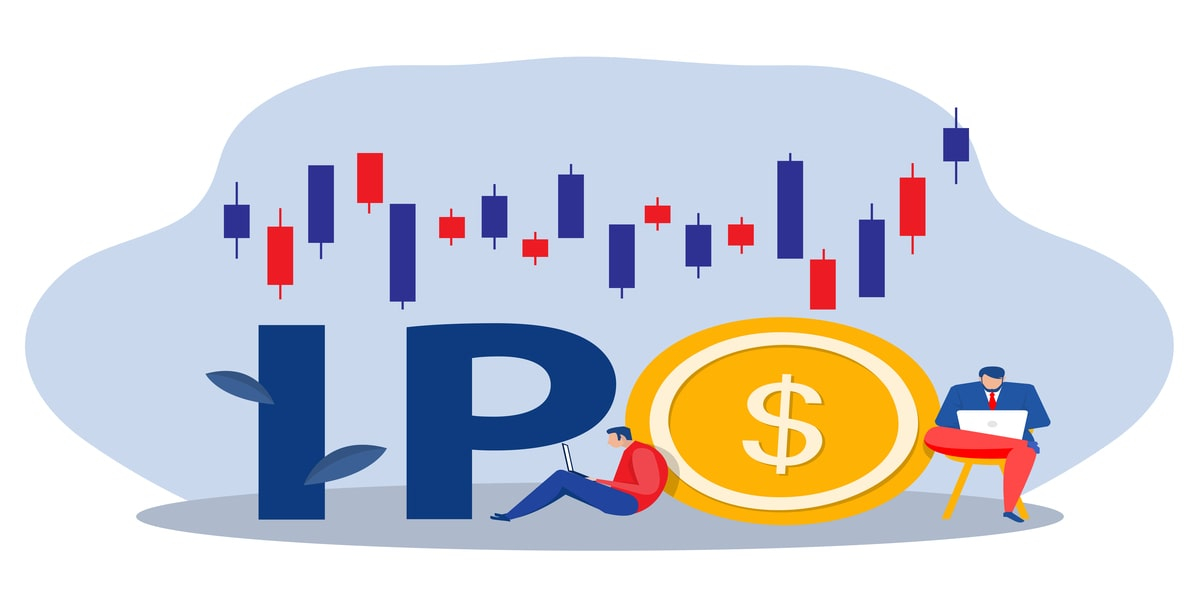 Despite Geopolitical tensions, Covid related restrictions and various macroeconomic factors echoing tremors of recession the GCC markets have shown great resilience and stability alongside the Indian markets as an outlier which has led to a better IPO performance in H2 2022 as compared to H1 2021. This can be mainly attributed to the rising Oil prices, which have resulted in additional revenues for the GCC governments, which could be used for capital expenditure, thereby supporting economic growth.

IPOs of major economies with GCC markets and their values

China’s high 2020 numbers despite COVID
Registration-based regime that essentially lowers the listing standards got implemented in the same year, which facilitated the growth of IPOs in the region. China’s IPO tally in 2022 is again expected to get into an uncertainty zone due to a recent surge in Covid cases which has caused restriction of various economic activities in the region owing to China’s zero covid policy which emphasizes on stringent covid restrictions.

Germany’s low 2022 Number
It is noted at various sources the activity has slowed down massively relative to record touching 2021. The reasons are said to be high stock market volatility, increasing inflation and interest rates in Europe and stock market price correction for major stocks is a roadblock for IPOs in 2022. This could be triggered due to the ongoing tussle of sanctions between Russia and Europe which has had a ripple effect on various listed as well as companies preparing for an IPO. Germany has born the chunk of sanctions as it is the biggest consumer of Russia’s natural gas through its Nord Stream pipeline. If we have a closer look, UK has followed the same pattern

Declining IPO values of U.S.A. in H1 2022 as compared to H1 2021
Various companies are on hold for an IPO due to fears of a recessionary environment around the corner which is echoed by high interest rates from fed with inflation at 8.5 % for July 2022. This is reflected in their IPO tally for 2022 so far as compared to 2021.

India – An outlier
India has stayed afloat so far with their IPO performance for 2022 and in fact have better figures compared to 2021. One of the highlights of India’s IPO in 2022 is the listing of Life Insurance Corporation of India (LIC) raised USD 2.7b. Despite listed companies showing poor performance post IPO’s due to increased market volatility the outlook seems to be positive for the Indian market with better Macroeconomic factors.

The ADX officially ended its four-year IPO drought with the listing of Yahsat in Q3 2021, followed by the listing of ADNOC Drilling in early Q4 2021. Both ADX and DFM have extended their trading hours by one hour since 1 October 2021, with both markets opening at 10:00 a.m. and closing at 3:00 p.m., instead of 2:00 p.m. Both exchanges have also waived the minimum commission fee on trades in all listed securities. These measures have been well-received by market participants and are expected to enhance liquidity and investor accessibility to the market. Abu Dhabi has launched an AED5b (USD 1.3b) IPO fund to help encourage and support private companies to list on the local stock market. The IPO fund will invest in 5 to 10 private companies a year, with a special focus on small and medium-sized enterprises (SMEs). The Abu Dhabi Securities Exchange (ADX) and Abu Dhabi’s Department of Economic Development (DED) have submitted a proposal to the Securities and Commodities Authority (SCA) for the introduction of a Special Purpose Acquisition Company (SPAC) regulatory framework. Dubai announced the listing of 10 government and state-owned companies on the Dubai Financial Market (DFM) as part of accelerating new listings in various sectors including energy, logistics and retail. Dubai is further planning to encourage private and family-owned businesses to list on its stock market to bring back much needed activity and liquidity. Dubai has also launched a AED1b (USD 272.3m) Future District Fund to support technology companies and encourage them to list on the DFM.

In the UAE, the Dubai Electricity and Water Authority PJSC (DEWA) raised over USD 6 billion, becoming the biggest IPO in EMEA since 2019 and the largest IPO to date in the UAE. Borouge Plc, the second-largest IPO during H1 2022, raised USD 2 billion with an aggregate oversubscription of almost 42 times. TECOM Group raised USD 454 million and saw an oversubscription level of more than 21 times.

Tadawul, or the Saudi Stock Exchange, maintained its momentum in 2022, as it listed 17 companies, raising USD 5.07 billion from IPOs in the first half of 2022. Some of the major events include
•    Elm, Saudi Public Investment Fund’s digital security firm has gained a staggering 70 percent since its listing this year.
•    Al-Dawaa Medical Services Co., whose IPO was 2,515 percent oversubscribed, suffered a 9 percent drop in share price since listing.

Kuwait’s only listing of 2022 so far has been the listing of the family-owned automotive business Ali- Alghanim and sons. There have also been indications from Boursa Kuwait that more family-owned businesses are gearing up for IPO’s followed by the listing of the state owned entities. Bahrain which has not seen any IPO activity since 2020 is set to have listed companies later this year. Oman which has only had 2 IPO listings over the last 2 years is set to get into a listing spree as the country plans to list 35 state owned companies in the next 5 years. Qatar which is yet to get of the mark in 2022 has been an exception in the GCC region in comparison to 2021 IPO activity.

Despite a lot of uncertainty, the GCC markets so far have so far been on a Bull run as compared to various other markets primarily due to the rise in oil prices. Generally, there is a flurry of IPOs when markets perform well and they dry up when the markets decline. With oil prices expected to remain at elevated levels in the upcoming quarters, we could see further IPOs, especially in Dubai where the government plans to list some state-owned entities in the domestic market.