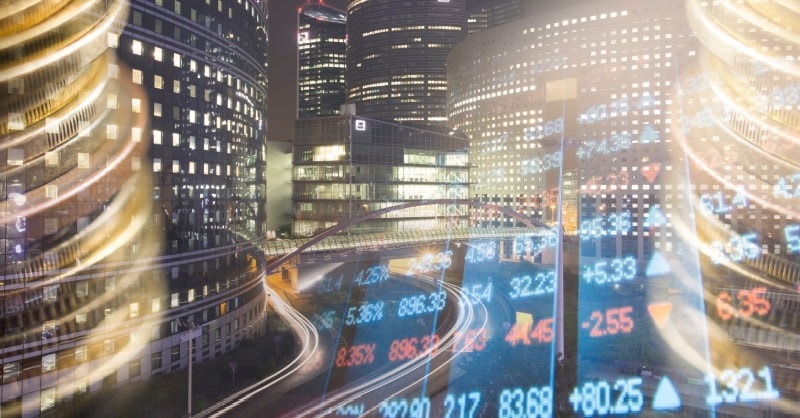 Kuwait Blue Chip Companies – Banks Outperform on Regulatory Reforms. Kuwait’s GDP growth returned to positive territory in 2018, with higher input from its non-oil sectors, increased government investment to boost growth and improvement in the oil prices. Reforms to the capital markets and banking sectors attracted further inflows into the economy. The year 2018 has been an eventful one for Kuwait capital markets with the opening up of the banking industry being the latest in a series of measures aimed at encouraging investment in the financial sector (for more detailed coverage on GCC capital market read Monthly market review). Furthermore, we saw the reclassification of Boursa Kuwait’s indices into three groupings to improve market transparency and liquidity.

Out of the top 10 blue chips, seven of them belong to the banking industry all of which have registered a double-digit growth in net profit for the year 2018. To further support efforts to diversify the economy away from a dependence on hydrocarbons, the government has also sought to encourage foreign investment in the banking sector. The Ministry of Commerce and Industry announced changes that now allow foreign investors to acquire up to 5% of the capital of a Kuwaiti bank, with stakeholders looking to increase participation above this threshold to require authorization from the Central Bank of Kuwait. The ceiling on overall foreign ownership in any single lender has been set at 49% (Zawya- Kuwait_Year_in_Review_2018). Moreover, the Central Bank of Kuwait has taken steps to improve the credit conditions in the market by improving regulatory reforms in granting loans and personal financing for consumer and housing purposes and issuance of credit cards to induce individuals to increase their borrowing. This on the face of stricter regulations for borrowing for speculative activities will lead to the prudent use of credit and improve banking fundamentals.

National Bank of Kuwait, recorded a 14.5% YoY increase in net profit for full-year 2018, to reach a record USD 1.2Bn. Increased spending on infrastructure in the Arabian Gulf, higher income from Islamic financing, and a rise in fees and commissions drove company performance. Net Interest Income increased by 9.3% YoY to USD 2.3Bn in 2018 compared to 2017, driven by growth in financing activities, growth in income from fees and commissions and effective cost management policies and NPL ratio fell 1.42% to 1.38% over the same period. For Q1 2019, the net income increased 13.3% to USD 354Mn helped by higher interest income and lower provisioning charges. Interest income increased by 18% and provisions increased 26% in Q1 2019, compared to the same period last year.

Mobile telecommunication Company (Zain Kuwait) 2018 net profit increased by 23% to reach USD 649Mn. Maintaining its market leadership, Zain Group saw its customer base grow from 46.6Mn in 2017 to 48.9Mn in 2018. Zain group capital expenditure increased 59.6% in 2018 to reach USD 747Mn as the company invested in network expansion and 4G / 5G upgrades including fibre rollout and spectrum fees in several key markets. This supported the growth of Group data revenues which experienced a 71% growth for the full-year 2018, representing 33% of the Group’s total revenues. In its 5G roadmap, Zain launched BEAM, the advanced wireless broadband technology, offering speeds that match fiber optics at 40 Mbps, and was the first telco to offer this technology in Kuwait. Zain Kuwait remains the most profitable company in the Group, as it continues to maintain its market lead (37% market share) in both value share and customers. The year 2018 was a challenging one for Zain Kuwait, as it witnessed intense price competition in the market and subscriber numbers dropped to 2.6 million in 2018 from 2.7 million from a year ago. However, the operation managed to maintain its revenue at USD 1.1Bn for the year and Average Revenue per User (ARPU) increased from USD 24 in 2017 to USD 26 in 2018.

Boubyan Bank reported a net profit of USD 185Mn in 2018, a growth rate of 17.3% compared to 2017. For Q1 2019, the net income increased 14.5% to USD 48Mn compared to the same period last year. Most of the main indicators witnessed a significant growth with total assets increasing to USD 14.33Bn at a growth rate of 9% while the interest income increased to register USD 160Mn at a growth rate of 14% in addition to the increase in customers’ deposits by 7%, amounting to USD 12.5Bn. The performance and growth is seen as a continued realization of the Bank’s 2020 strategy, as they scale up their core business by focusing on affluent and high net worth clients and to be the primary banker for large and mid-market corporates.

Agility Public Warehousing Company reported 2018 net profit of USD 268Mn, an increase of 17.9% from 2017. Agility revenue grew 9.7% to USD 5.1Bn in 2018, driven by growth across core products. Agility has improved profitability for 10 consecutive quarters posting double-digit EBITDA growth for the third year in a row. The company continues its investment with the aim of building over than 1 million sqm of new warehousing and industrial facilities across the Middle East and Africa. Cash flow from operations has been healthy and growing, while free cash flow has been limited as a result of higher capital expenditure that led to increased borrowing to fund investments (Agility – agility-reports-earnings-increases-of-18-percent-for-2018)