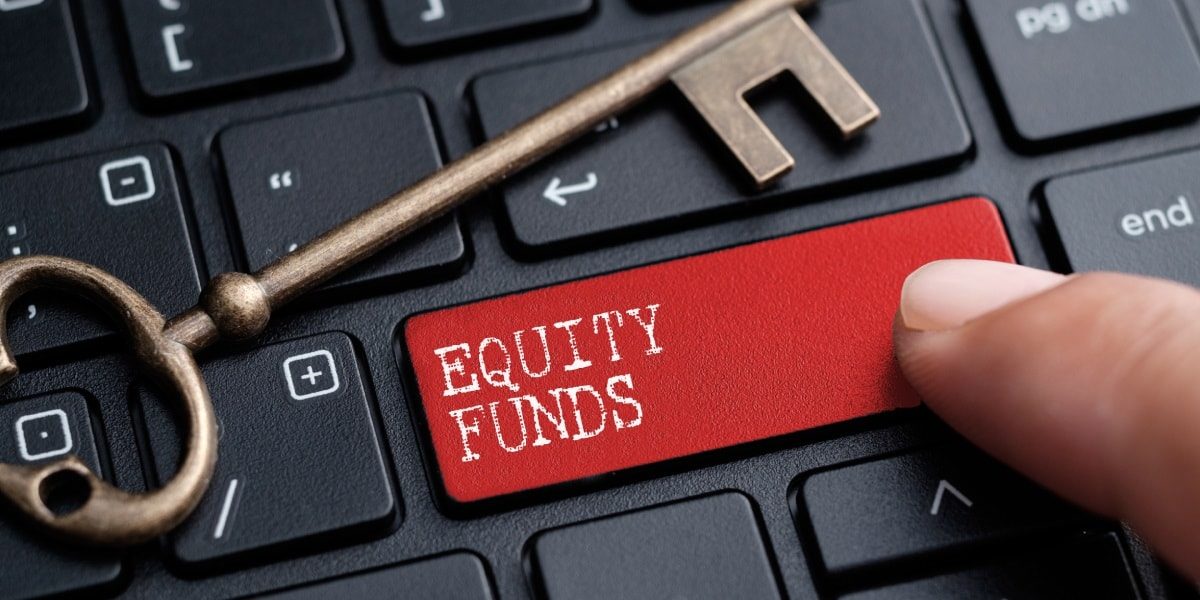 GCC countries are in the process of opening their economies to make them more attractive to foreign investors. The inflow of foreign funds through FDI would augur well for diversification of these economies away from oil to reduce their large oil dependence more so because its markets are cyclical and volatile. Attracting investments in non-oil sectors through equity markets is also one of the means to achieve this goal. Foreign equity inflows into GCC capital markets is expected to rise sharply in the coming years, aided by the recent inclusions of Saudi Arabia and Kuwait in emerging market indices by global index providers such as MSCI, FTSE and S&P.

The influx of foreign capital into GCC equity markets would contribute to broader development of these markets and may allow domestic companies to raise capital at favorable rates from an enlarged base of investors. This in turn, will lead to higher growth of the private sector in these countries, a major objective of the governments in the region as part of their focus on growth of the non-oil economy.

According to data from IIF, non-resident flows into GCC equity markets have been sluggish in the past two years, falling from USD 6.7 billion in 2016 to USD 2.2 billion and USD 2.7 billion in 2017 and 2018 respectively. Foreign portfolio investments into Saudi Arabia have been historically low, with 2018 seeing further deterioration due to geopolitical issues in the second half of the year. Saudi Arabia’s markets witnessed an outflow of USD 99 million in 2018, as against an inflow of USD 1.2 billion in 2017. 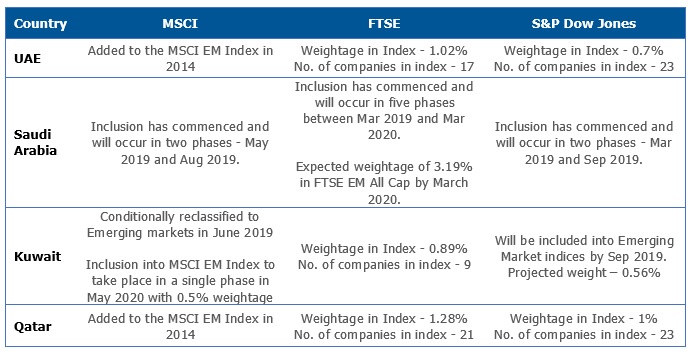 With several reforms being initiated and upgrades secured from global indices providers, GCC capital markets have attracted the attention of global investors. The flows from foreign investors into the equity markets in recent times look promising. The index inclusions are expected to drive passive and active inflows into Kuwait and Saudi Arabia in coming years, similar to what happened in the case of UAE and Qatar in 2014. The move is expected to have a knock-on effect on the other GCC equity markets as well.

Saudi Arabia, which is the GCC region’s largest stock exchange in terms of market capitalization, has lagged behind its neighbours UAE and Qatar in previous years due to its reluctance to open its market to non-residents. However, Saudi markets have undergone several changes since then, and in 2015 they opened the doors to foreign investors by permitting non-resident institutional investors to invest directly. A string of reforms followed and ultimately led to inclusion of Saudi stocks by FTSE, MSCI and S&P. Further in June 2019, Saudi Arabia relaxed the 49% ownership limit for foreign strategic investors investing in Saudi equities , with a view to expand its institutional investor base and attract funds from foreign investors. Additionally, new rules have been framed to prevent major price fluctuations in stocks after their IPO. Tadawul exchange saw foreign inflows for six consecutive months in 2019, receiving net inflows of approximately USD 10.6 billion in the second quarter of 2019 alone. The first phase of MSCI EM inclusion, which coincided with this period is the primary reason for such huge inflows. Foreign ownership of Saudi equities touched record highs, closing at 7.47% at the end of June 2019, which is a record. Notably, the ownership was 1.4% at the end of Jan 2019.

Kuwait, whose equity market is dominated by banking stocks, decided to lift the foreign ownership limits of local banks in a bid to increase inflows into the equity markets and lower the cost of capital through global participation. The move also bodes well for the potential inclusion of Kuwait into MSCI’s EM index in May 2020, which again is expected to bring sizeable inflows into the country’s equities. In the past one year, Gulf Bank has seen the biggest change, with the total foreign ownership rising from 1.5% in Aug 2018 to 11.5% in July 2019. National Bank of Kuwait, the largest bank in the country by total assets, has the highest foreign ownership among domestic banks at 13.4% as of July 2019.

The next one year is expected to be a busy period for GCC equity markets with the eyes of global emerging market investors focused on the region due to index inclusions. The time is right for GCC countries to push forward with further reforms and sustain the inflow of foreign capital. The role of capital markets does not end with index inclusion. They must ensure that corporate governance standards and disclosures are improved. Stricter regulations need to be enforced to improve transparency for market participants. Steps must be taken to encourage and incentivize more companies to seek listing and not remain as privately companies and family businesses. Capital market authorities must also facilitate listed companies to raise capital easily. To encourage investors, new products must be introduced so that liquidity remains strong, and investor confidence increases. Capital market authority needs to work towards making equity an attractive asset class for domestic investors. All this will ensure that GCC markets’ index inclusions are not merely a flash in the pan, but a progressive step to help in achieving the broader objectives of the GCC governments to increase the inflow of foreign funds into the region for a faster and stable form of economic growth.