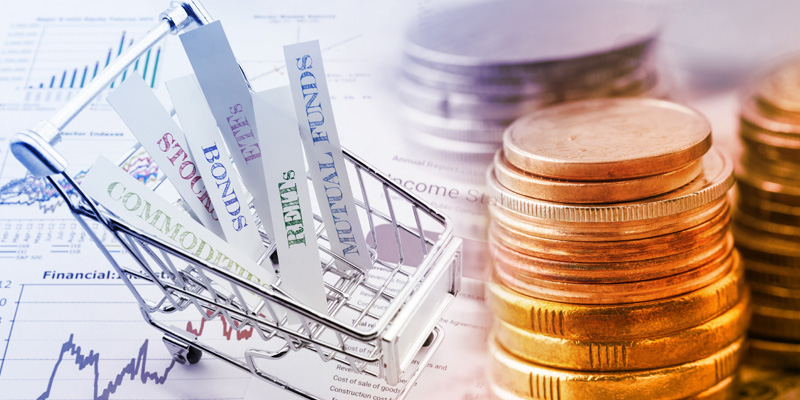 J.P. Morgan has recently said that Saudi Arabia, UAE, Bahrain, Kuwait and Qatar sovereign bonds would be added to its Emerging Market Bond Index (EMBI) from January 2019, a decision that can potentially bring up to USD 60 billion of active and passive inflows, according to analysts. In order to qualify for index membership, the maturity of the debt should be greater than one year with a minimum face value of USD 500 million.

The correlation of the S&P GCC Bond Index with that of the JPM EMBI ETF is only 0.38. This suggests that if the GCC countries are added to the JPM EMBI, the overall risk of the index would go down providing a higher risk reward ratio to the investors.

Geographical breakdown of the JPM EMBI 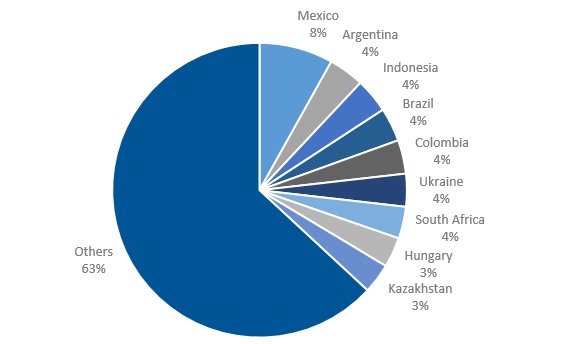 The eligible new bonds will be included into the index in a phased manner ending on September 30, 2019, with a proportion of the total exposure included at each month-end.

Not only conventional bonds but also Sukuk (Islamic bonds) from the region will be included in the index provided they are rated. Inclusion in the index will increase the demand for GCC bonds and Sukuk and this bid will assist in spread tightening in the near future.

GCC countries combined have issued a quarter of all new debt sold by emerging markets in each of the last three years. Currently, they account for approximately 14 per cent of total outstanding EM debt stock. The total domestic and USD-denominated debt outstanding from GCC issuers is about USD 317bn. Dollar denominated debt accounts for 68%. While the USD debt issuance from the Middle East has received widespread attention, the local currency market has been growing too.

Saudi Arabia has been the leader in developing a domestic debt market, having reduced its reliance on USD funding to just over 30 per cent of its dollar-denominated debt as percentage of total bonds issued. The UAE, on the other hand, has relied solely on USD issuance. Kuwait’s domestic currency bond market is worth watching, given that only 54 per cent of its funding comes from USD issuance.

What led to the inclusion?
J.P. Morgan’s decision follows a surge in debt issuance from the Gulf Arab region in the past few years, as low oil prices force most countries to fund part of their state spending in the international debt markets.

GCC index inclusion is a timely recognition of the fact that issuance from the region represents over 14 per cent of the stock of emerging market debt, and provides important diversification benefits. The tailwind resulting from the inclusion headline, coupled with pegged currencies, strong oil prices, relative immunity from trade wars and high credit quality, leads us to the view that the GCC has better value than the rest of the emerging markets.

While the GCC region has, in the past, traded at a tighter credit spread relative to other emerging market peers, the sharp correction in oil prices in 2015 has reversed that relationship, with the GCC region trading with a higher risk premium versus the broader peer group. Current trading levels seem attractive, particularly so given the recovery in energy prices.

GCC vs. Emerging Market Spreads (Benchmarked against: 10yr US Treasury)

How will it benefit the GCC countries?
Including GCC sovereign debt could prove to be a major boost to the region, supporting overall debt issuance. It might also lower funding costs for Gulf-based companies and ultimately lead to higher regional growth. Besides, the inclusion will allow sovereigns to issue debt to a new audience of EM credit-focused investors, which should increase primary demand.

GCC bonds are likely to become more visible to international investors and the inclusion is expected to significantly increase the size of the investible emerging-market universe and allow investors to consider GCC bonds when they want to reduce risk in a flight to quality, potentially reducing the volatility of emerging market bond portfolio flows.

Kuwait and Bahrain should benefit from the EMBI diversified weighting approach, which reduces the weight of the largest issuers relative to their amount outstanding. Flows could reach around 50 per cent of Kuwait’s outstanding external bonds. Flows into large issuers such as Saudi Arabia and Qatar will be smaller in percentage-of-debt outstanding terms.

Bahrain will emerge as the biggest beneficiary out of EMBI inclusion. This will provide not only large flows as a per cent of debt outstanding, but is also likely to be crucial for future external financing needs. One of the clear benefits of being a member of a major benchmark is that investors generally have at least some exposure to each country to avoid deviating too much from the benchmark.

Saudi Arabia now has more than USD 68 billion in local currency sovereign bonds outstanding and is among the last sizeable market not to have been added to major fixed income indices. A number of recent developments have improved access to capital markets. With the listing of bonds on Tadawul, prices have become more readily available for about 40 per cent of the Saudi government Sukuk and a quarter of all government debt issued in Saudi Arabian riyal (SAR).

This has increased market transparency and would allow investors to fairly value their bond investments should they wish to invest in domestic local currency bonds. The government also recently announced the appointment of five financial institutions to be the primary dealers in local government securities, which should help improve the liquidity and trading of domestic government bonds.

At a time when market sentiment is turning more cautious, expanding the universe of investible debt markets to higher-rated GCC countries should not only benefit the GCC states looking to deepen and diversify their capital markets, but should also open up new opportunities for global investors. Most investors are aware of the debt issuance from the region, but the demand story may soon be picking up as well.

Some of the sovereign bonds are currently trading at relatively wider spreads compared to their similar-rated peers, on the back of the high level of issuances in recent years and geopolitical risks.

However, the ultimate flow may be lower since many EMBI funds appear to already hold off-benchmark GCC sovereigns in their portfolios. Using a sample of funds suggests an average allocation of nearly 3 per cent already, so flows could be closer to USD 30 billion.