Is Debt to GDP Ratio a good explanatory of country risk? 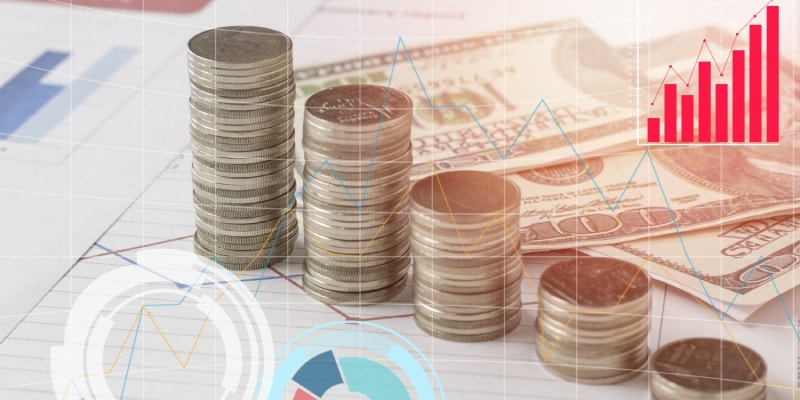 Debt to GDP ratio and the respective Sovereign Ratings: 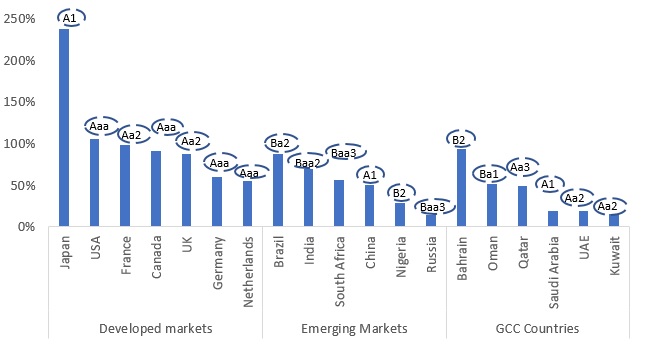 The Wealth to Debt ratio can be another factor that can go in explaining the higher sovereign rating though the Debt to GDP ratio is comparable. The first example is a comparison of rating of UAE at Aa2 which 2 notches is higher than that of Saudi Arabia (A1) though their Debt to GDP ratios are similar around 19%. This maybe because UAE enjoys a higher Wealth to GDP ratio of 8.8 compared to 6.5 for Saudi Arabia. Another example is the comparison between China and South Africa both of whom have Debt to GDP ratios of around 50.5-56.7%, but China has a rating of A1 which is 5 notches higher than rating of Baa3 for South Africa. One of the possible reasons for the rating difference can be wealth to debt ratio for China which is higher at 7.7 while that for South Africa is lower at 3.8.

Lower inflation means stronger currencies leading to better and more certain debt servicing capabilities of countries. Therefore, this factor may be a cause for countries with different debt to gdp ratios but having differences in country risk ratings. For example, Kuwait and Russia are both having debt to GDP ratios that are similar around 14% but Kuwait has a rating of Aa2 which is 7 notches higher than the rating of Russia at Baa3. These two countries have different current account surpluses of 7.0% and 12.8%, but Kuwait has inflation of 0.7% which is lower than inflation of 2.8% for Russia which may explain rating differences between the two countries.

Asides from all the above, other factors exist like political risk, which is very low in developed countries like USA, Capital account surpluses balance current account deficits in some of these countries and cyclicality in economic performance etc. all of which can result in rating differences.