Oil Price may not be the trigger for reforms 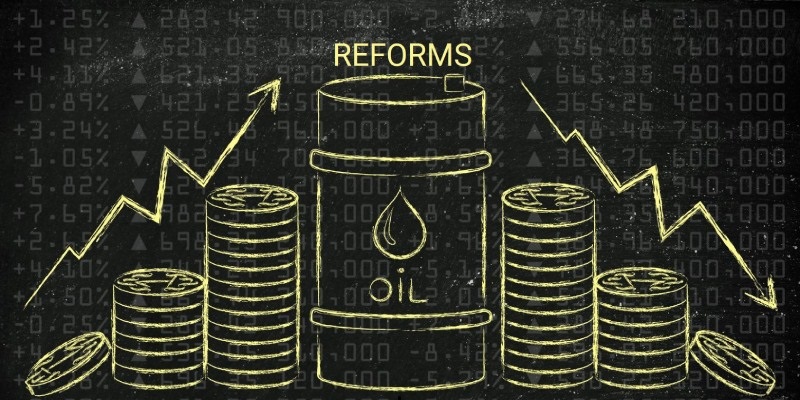 This article was originally published in Al Qabas

Analyzing the historical trend of reforms in Kuwait, one can notice that financial services sector is the most regulated and therefore have experienced more reforms while sectors like healthcare and legal saw the least number of reforms. For a balanced and sustained economic growth, an even distribution of reforms across all critical sectors is a must.

A popular coffee table discussion in Kuwait is to ask “when will serious reforms come to Kuwait?” and the answer invariably is “When oil price crash to $10”. We all know how dependent Kuwait economy is to oil price and hence this strong view that reforms will fast track once oil price experiences severe and prolonged correction. While such a narrative is intuitively appealing, it is flawed at a certain level. For a small country in terms of size and population (1 million Kuwaitis approximately), Kuwait sits on a disproportionately large fiscal reserves. Successive surplus over several decades have been bulging up in the Sovereign Wealth Fund (KIA) and is estimated to be around $640 billion. While the GDP per capita is otherwise stated as $ 33,994 which itself is a healthy number, if we calculate GDP per capita excluding expats (as they don’t have any claim), the GDP per capita shoots up to $ 113,312. In addition, another way to measure the comfort is to see the reserve coverage ratio of expenditure. Kuwait’s annual expenditure at $69 billion provides a cover of 9.3 times in terms of reserves. To state the same thing differently, Kuwait will be able to manage without a single dollar of oil revenues (wishful though) for 9.3 years before there will be a need to borrow. One can only think of very few countries in the world that possess this much comfort. It is precisely for this reason that reforms need not kick in even if oil price falls to $10.

If oil price cannot trigger reforms, what will? The short answer is jobs. If one has to understand the jobs problem, we should appreciate the evolving demography of Kuwait alongside the role of private sector.  But before that, let us see what the size of the problem is. It is interesting to quote IMF here “Between 2012–16, staff projects 74,000–112,000 Kuwaitis would enter the labor market. The private sector is projected to create 17,000 jobs for Kuwaitis, and without significant structural reforms, the government will feel the pressure to absorb the remaining entrants at a faster pace than in the past, further increasing government employment by 13–22 percent (with a fiscal cost of less than one percent of GDP per year)” This is clearly unsustainable going forward. Public sector pay levels are higher compared to private sector while the work demands are low. This heavily incentivizes citizens to aim for public sector jobs first. No wonder nearly 90% of working nationals are now in public sector. Ability to absorb in the public sector   will hit a tipping point shortly if not already hit. On the other hand, private sector is presently too small to fill the gap. It is clear that future job creation has to happen in the private sector but that will require giving space to private sector to grow and create the needed jobs. Given the fact that private sector growth is still heavily dependent on government spending, we need to create a business ecosystem that will enable private sector to thrive, grow and create jobs regardless of government spending. Most, if not all of the essential services (like healthcare, education, etc) are provided by the government and ministries providing these services are already experiencing excess employment situation. Unless some of these service provisions are delegated to private sector, creating jobs by private sector can remain a pipe dream. Also, heavy encouragement of Science, Technology and Innovation (STI) can create the necessary impetus for job creation through foreign investment.

Therefore, in order to create real meaningful jobs, the government should scale down and the private sector should scale up. The former can happen through privatization while the later can happen through PPP projects. It is generally argued that privatization is anti‐jobs (as it involves downsizing) and hence cannot be a solution to mounting jobs problem. While this is true in the short‐term, privatization will also unlock value in terms of providing market‐based services, which can be growth accretive. While in the short term, it may be anti‐jobs, in the long run it is certainly job‐creating tool. While more jobs can be created through means suggested above, the demand for jobs should also match the supply, which will require extensive and thoughtful revisit of education delivery at several levels. One can easily see that such efforts will lead to more not less reforms. As the pressure on jobs front mount and increase, reforms to enlarge the size of the private sector, and reduce the size of the public sector along with educational reforms will become dire need than choices.

Another factor is the evolving demography of Kuwait where nearly 57% of Kuwaiti citizens fall within the working age bracket of 25to 54 years. By 2030, this is expected to reach 60 %. In a world dominated by ageing countries, Kuwait along with other GCC countries will remain young for a long period to come. While this is a good news from a productivity point of view, it is also the reason why number of new entrants to labor market will increase year after year adding to the jobs   pressure.

Hence, I will argue that the overall economic reforms momentum is highly dependent on the increasing jobs pressure than the level of oil price.