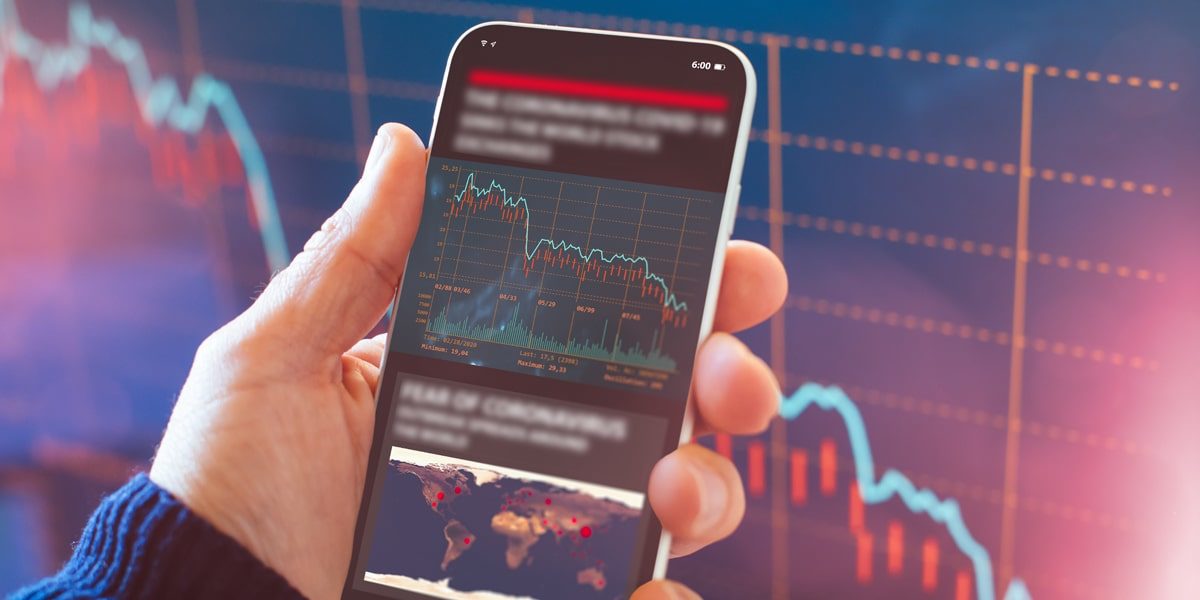 Markets worldwide have experienced unprecedented volatility in the wake of the coronavirus outbreak. Though the mortality rates of those affected is much lower than that of Severe Acute Respiratory Syndrome (SARS) or the Middle East Respiratory Syndrome (MERS), Coronavirus disease – 2019 (COVID-19) being highly contagious has spread to over 190 countries and resulted in over thirty thousand deaths, majorly in Italy, Spain and China . Considering the severity of the outbreak, the World Health Organization (WHO) has declared it a ‘pandemic’.

Similar to the Global Financial Crisis (GFC) in 2008, state authorities have announced a slew of policy measures including aggressive fiscal measures and have launched necessary actions like lockdowns and curfews to slow down the contagion, put an end to the outbreak and to minimize the economic impact.

The way the current crisis is evolving is very similar to the GFC in many ways:

Failure to separate the good from the bad

The carriers of the virus may not exhibit any symptoms (asymptomatic) yet could infect or transmit the virus to other. The inability to detect the virus carriers at an early stage makes it impossible to contain the outbreak unless large swathes of the population quarantine themselves for a long period. Similarly, subprime mortgages (not-so-healthy credit) were packed along with better quality mortgages (healthy credit) through securitization process and were sold to investors. Backed by rating agencies who underwrote the credit quality, they spread across investors including large financial institutions. Inability to detect them early and failure to quarantine them eventually led to freezing up of banking and credit channels leading to global financial crisis in 2008.

It is okay, until it is NOT

In 2008, it was widely believed that the real estate prices would never fall. Analysts relied on historical real estate price behaviour to extrapolate further rise on an incremental basis. This view was reinforced by the actions of rating agencies that continued to underestimate the risk attached to Collateralized Mortgage Obligations (CMOs) and Collateralized Debt Obligations (CDOs). On similar lines, when the initial news of the virus broke analysts tried to model the outcome based on SARS, MERS and other infectious diseases and underestimated its potential impact. The very fact that COVID-19 had a low mortality rate than the others has led to a much faster spread of the disease as asymptomatic people unwittingly spread it to others before they were diagnosed. Meanwhile, the world itself is much more globalised and integrated now in 2020. As a result, the world is experiencing an unprecedented crisis as the virus has spread to most countries and the number of infections continues to rise unabated.

During both the instances, the actors involved underplayed and largely ignored the early warnings. In 2008, policy makers played down the gravity of the situation and only acted when the financial system was on the brink of collapse. Now, China had silenced the whistle blower and denied the contagiousness of the virus till the end of January. Other countries in the west like US, UK and others also did not take drastic measures like lockdowns until it was too late. As a result, many governments worldwide are only now imposing strict testing and containment measures and advocating social distancing as a way to tackle the coronavirus crisis.

In 2008, the global financial crisis was perceived to be a problem pertaining to the mortgage segment in the U.S real estate. However, in a span of weeks the crisis spread and engulfed the global banking and financial sector and eventually the wider economy was also affected causing immense economic pain and damage. Likewise, initially COVID-19 was thought to be a problem within a Chinese province or at best an Asian problem. Many thought it would be regionally contained like the SARS/MERS. As it has now spread globally, the ramifications are being felt globally. The major western countries have basically halted their economy to stop the spread of the virus, causing great economic pain just like in 2008.

Will the COVID recovery be the same as the GFC?

The global economy recovered from the GFC by Q3 of 2009 as the US and other major western economies came out of the recession. However, it took nearly 10 years for many western countries to reach the unemployment levels to pre-crisis levels. This time too, a long road to recovery lies ahead, only it looks much worse. The 2008 GFC was primarily a financial crisis which was addressed by bailouts by governments and central bank actions like lowering interest rates and Quantitative easing. The real economy was mostly intact as factories, offices and restaurants were still open and once the banks started lending again, consumer demand started picking up and the economy made its slow road to recovery.
This time however, we have a massive public health crisis which has led to a voluntary shut down of the entire economy. No amount of central action will restart demand unless the disease is contained in a significant way. Even the trillions of dollars in stimulus packages announced by governments can allow people and businesses to just survive for the moment. Many of the shuttered small businesses might never open again. Already we can observe the effects. On March 21, 2020 unemployment claims in the US shot up to 3.3 million. Two weeks earlier that number stood at 211,000. Such a dramatic plunge in economic activity is simply unprecedented and makes the current situation more akin to the great depression of 1929 than even the GFC. Reopening the economy prematurely can worsen the health crisis. Until a cure is found, governments have to make tough decisions on how long the social distancing measures are going to continue. To conclude, while there are similarities in the way both the crisis have evolved, a lasting cure for the economic crisis caused by Covid-19 is going to come from scientists and researchers who can find a cure or a vaccine. Until then, policymakers can only hope to contain and mitigate the economic impact to as little as possible.

This article is part of our latest monthly market review report for April 2020. To read more such articles, download our report The Month That Was – April 2020.