What is this report about?
‘Look East’ policy has gained momentum post the global financial crisis as the gulf states realised the need to diversify their economic links to reduce their dependence on West. In this regard, Chinese economy that has registered staggering growth over the decades offers plenty of opportunities. Civil trade between China and Kuwait began as early as 1955, and investments and trade between Kuwait and China have grown over the years. Dignitaries from Kuwait have visited China to reinforce the bilateral ties, and have entered into several agreements on economic and technical co-operation, oil and natural gas and environmental protection to mutually support and benefit. Since then the total trade between the countries has increased at a CAGR of 20%, during 2004-15. Opportunities in the Kuwait infrastructure sector, has led Chinese companies, in collaboration with domestic firms, to often bid and execute major construction work. Kuwait’s oil wealth and China’s thirst for oil, as well as the prospects of higher returns on investments in China underline the key to the rapidly growing economic relationship between the two countries. This report analyzes the lessons on offer from China, and possibilities for potential tie-ups in areas of Kuwaiti interest.

Who will benefit and why?
The report will benefit anyone tracking the Kuwait-China relationships in trade, investments and bilateral cooperation, such as regulators and government agencies, bankers, economists, academia and cross-border traders. This report would help these entities to gain an understanding of the relationship at present, and provide an outlook for the future.

How exhaustive is this report?
We have analyzed the trade and investment relationship between Kuwait and China, and the various avenues, where bilateral relationship exists between the two countries. The report examines the factors that have led to China’s growth as a major global economy, and the lessons that Kuwait can learn from them. We have also highlighted how Kuwait can strengthen its own economy by leveraging on the strengths of its trade partner, and finally, the sectors of China that should be of interest to Kuwait, both for potential tie-ups and investments. 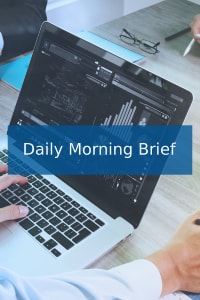