In a fast paced sector, it is important to stay abreast of latest developments, as effective business decisions needs to be supported with appropriate research. 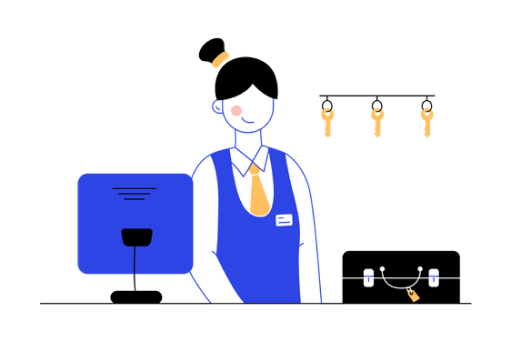 In 2020, the UAE will host the World Expo, which is held once every five years for the duration of 3-6 months. The history of expo dates back to 1851, when ‘The Great Exhibition’ was first held in London. Since then, different regions of the world have hosted it at regular intervals, but this would be the first time the event is being hosted in the MENA region.

Travel and Tourism sector will generate the most job opportunities

Dubai is strategically located within four hours of a third of the world’s population, and with the estimated 25 million visitors coming to the Expo, it would set a record for the largest number of footfalls, in the history of the World Expo. The airlines industry will see heavy traffic, and additional arrangements will have to be made to handle the large number visitors. Once the visitors reach Dubai, there will be a wide range of tourism opportunities, such as world-class museums within the Saadiyat Island Cultural District, luxury resorts on Saadiyat Beach, and entertainment at Yas Island.

The Tour and Travel operators expect to have huge surge in sales, and are planning for road shows, more branches, and extended services. To add to this, there are preparations for creating various other attractions in the city, such as a crocodile park in Dubai’s outskirts, a zoo and safari park, spread over 119 hectares, and traditional souks in Deira. Other plans include a Dubai Wetland Centre, near the Ras Al Khor flamingo sanctuary, a miniature park containing local icons, such as Burj Khalifa and Burj Al Arab, and a palm park with 5,000 species of palms as an educational botanical area . The Travel and Tourism sector is estimated to generate 40 per cent of the total projected jobs during 2013-21, and 59 per cent of the newly created jobs during the ramp up to Expo 2020, in the final 3 years.

Hotel occupancies in Dubai are regularly above 80 per cent, and to accommodate the large number of Expo visitors, it is estimated that 50,000 more rooms, from budget to luxury, would be required . According to Euromonitor International, the hotel inventory is expected to double, from over 82,000 in 2013 to around 164,000 rooms by 2020, and tourism receipts are projected to increase by 67 per cent, by 2018, with the MICE (Meetings, incentives, conferencing, exhibitions) industry contributing most to this increase. However, there is a risk of oversupply of hotel rooms, if the forecasted visitor footfalls do not materialize, or also if the tourist arrivals drops down after the end of Expo.

Marmore services were very useful and their team have provided a timely and reliable service in a challenging task. We are definitely looking for more cooperation in the future.

We were fortunate to work with Marmore on our project recently. The team was always professional, efficient and attentive to all our requests. They were prompt in addressing any concerns raised and we felt at ease approaching the team with our needs. We were pleased with the end result and would not hesitate to highly recommend Marmore for their business intelligent services.

Marmore team is very professional, from day one I saw that when they replied to my first email. We had our first project and they did a great. Many changes have been done and they were very flexible with us. It will not be our last project for sure, thanks Marmore team.

Marmore has provided both timely and reliable and services in the provision of market data. This service has proven valuable in supporting the research activities of Acreditus across all our client focus areas of credit, rating and Islamic finance advisory. I sincerely hope to continue to engage them on more advanced projects soon.

The experience of working with Marmore has been very positive. A precise understanding of our requirements and high quality deliverables were the key takeaways. The turnaround time for the tasks was excellent, without any delays and the tasks were handled in a professional manner.

Ready to Get Started?

How can we help your business? Let's get connected