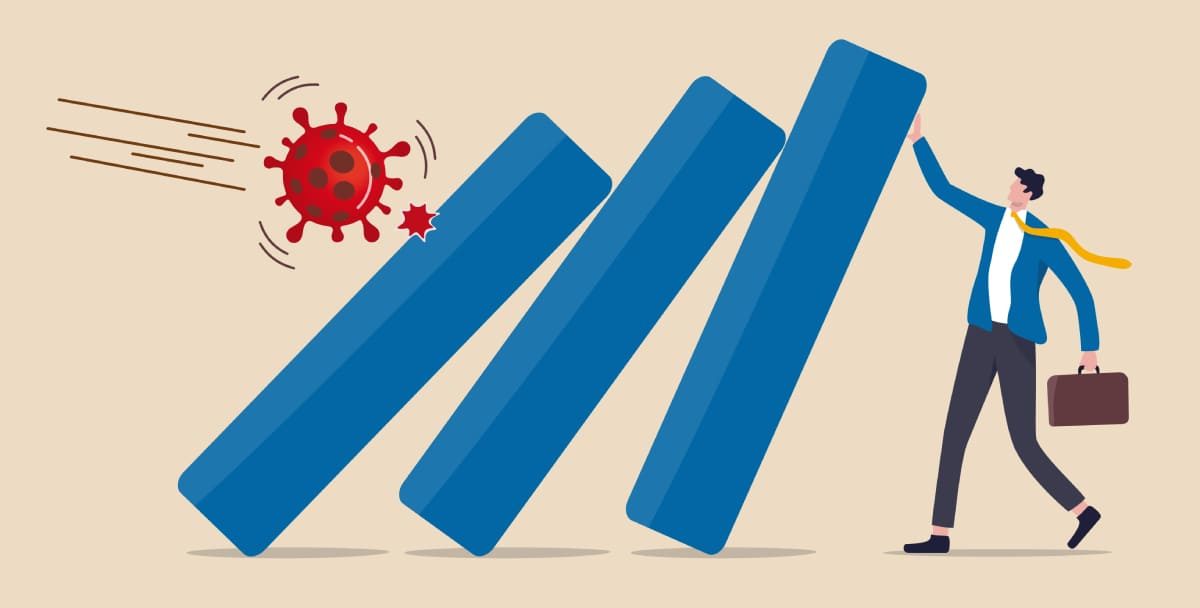 The Coronavirus has spread across the GCC countries, besides its immediate impact on the public health and the well-being of the residents and citizens, the outbreak will likely have significant economic consequences across the region. As the key economic activities in the region’s critical non-oil sectors like tourism, transportation is curtailed, we can expect a greater macroeconomic implication. In response to the crisis, the gulf region has introduced number of new economic measures to mitigate the impact of the coronavirus and help stabilize the region’s economy. At present, the policy responses primarily aim to support the individuals, businesses and sectors that will have profound impact from the downturn caused by the pandemic.

The gulf countries have announced financial stimulus packages of billions of dollars to revitalize the impact caused by the COVID 19 on the economy. The stimulus will enhance liquidity and help cushion the blow on the GCC economy and businesses. The hefty stimulus programmes will provide direct benefits to individuals, corporations, businesses and industries amid the ongoing coronavirus crisis. UAE announced an economic stimulus package of 126 billion dirhams (USD 34.3 billion), Abu Dhabi, the largest emirate, unveiled a AED 9 billion (USD 2.4 billion) stimulus package. The emirate’s accelerator programme, Ghadan 21 is expanded to include 16-point plan that includes fee exemptions, fine waivers, SME support, and AED 1 billion allocated to establish market makers fund. Similarly, Dubai rolled out a AED 1.5 billion economic stimulus package which includes a 15 point plan.

Saudi Arabia, on the other hand announced a SAR 120-billion (USD 32 billion) worth of measures.  Exemptions and postponement of government levies and fees are some of the initiatives carried out across the region to provide liquidity and bring in stability. Qatar declared a QAR 75 billion (USD 20.6 billion) package and the government of Bahrain has announced a USD 11.38 billion (29.6% of its annual GDP) economic stimulus package. In case of Kuwait, the cabinet approved a bill to increase the budget of ministries and governmental departments by KD 500 million (USD1.6 billion) for the 2020/21 fiscal year. The country has also established a fund that will allow contributions from companies, individuals and institutions; the Central Bank of Kuwait initiated a KD 10 million fund to support the economy.

As the present economic conditions can increase the fiscal stress in the region, some of the gulf countries have declared cut back on their spending. Oman reduced its budget for civil, military and security agencies by 5% for the year 2020. Saudi Arabia’s budgeted spend will be cut by SAR 50 billion (USD 13.32 billion), that corresponds to 5% of the budget, in areas with least social and economic impact. As the pandemic will likely impose strain on the countries’ budget, spending cut will be a key policy action to help ease pressure and balance the budget.

Reducing risks in the financial system

Central banks across the GCC have rolled out support schemes to reduce the risks in the banking system. Initiatives are undertaken to maintain the market confidence and stability in the financial system.  The central bank measures aims to ease the financial conditions, provide liquidity to the markets and support vulnerable sectors like SMEs. The Saudi Arabian Monetary Authority (SAMA) has announced a package of SAR 50 billion (USD 13.32 billion), to support the banking sector, financial institutions and SMEs. The Central Bank of UAE (CBUAE) has issued a support package of USD 34 billion. The stimulus will allow banks to provide relief for its retail and corporate customers from interest and principal repayments. To boost lending, the central bank allow banks to free up their regulatory capital buffers. It has also revised the real estate Loan to Value ratios and reduced the capital that banks must hold against loans to SMEs.

The Central Bank of Kuwait (CBK) will provide liquidity to commercial banks; the Kuwaiti banks have suspended the charges and commissions levied on POS, ATM and online banking transactions and extended collection of due payments. Oman’s central bank provides OMR 8 billion (USD 20.8 billion) as extra liquidity to banks.  The Omani banks have also cut banking fees, adjusted capital and credit ratios, and allows repayment postponements for up to six months. On a similar move, the Qatar central bank suspended the charges and fees levied for POS and ATM transaction and delayed loan installments.

The GCC banks have lowered the interest rates to support the market functioning during the pandemic crisis. The UAE central bank reduced its interest rate on one-week certificates of deposit by 75 basis points.  Saudi Arabia’s SAMA cut repo and reverse repo rates by 75 bps, while Kuwait’s central bank cut its deposit rate by 100 bps (1 per cent) to 1.5 per cent, its lowest ever. The Central Bank of Qatar reduced its deposits, lending, and repo rates. Bahrain’s central bank has slashed its lending rate and cut overnight, weekly and monthly deposit rates.

The coronavirus pandemic has created high uncertainty across the world and in the region, the GCC banks and the government have taken unprecedented measures to ease the pressure on economies and to maintain economic and financial stability. The gulf economies are creating sufficient buffers to boost the resilience of the financial system in the region. Coordinated policy action by the GCC economies can help mitigate the multiple shocks caused by the pandemic. As the crisis unfolds, more economic and financial stimulus package could be flagged, targeted and timely policy response across the region can help address the adverse economic consequences due to the COVID-19 outbreak.